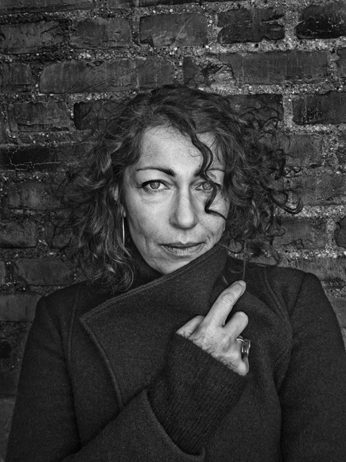 Elisabeth Åsbrink is a writer and journalist based in Stockholm and Copenhagen. In her essays and reviews of books, published in both Swedish and Danish press, she focuses on the aftermath of WW2 and deals with memory and oblivion.

In September 2020 her first novel will be released, the autobiographical family story Övergivenheten (”Abandonment”). Three women, three cities, one family.

Her latest non-fiction book, Made in Sweden, deals with the Swedish culture and self-image.

The non-fiction book, 1947 – When now begins, was published simultaneously in Sweden, Denmark and Norway in 2016 and recieved a prize from the Royal Swedish Academy. Elisabeth Åsbrink was nominated for the August Prize for her first three books and won the August Prize for best non-fiction book 2011 for And in Vienna the trees still remain. In addition to the August Prize, the book has been awarded the Danish-Swedish Cultural Foundation Culture Award in 2013, and Rychard Kapuscinski Award for best literary reportage in 2013, with the following motivation:

” Through an intimate story about a Jewish boy trying to escape extermination and looking for shelter in Sweden, Elisabeth Åsbrink tells a universal story. Story of people who, while convinced of their own virtue and responsibility, may contribute to a crime. By bringing back Europe’s very recent and very ignominious past, the author awakens readers’ sensitivity to a drama taking place before our very eyes; the drama of refugees in contemporary world. ”

Elisabeth Åsbrink’s works are translated and published in more than 20 countries. 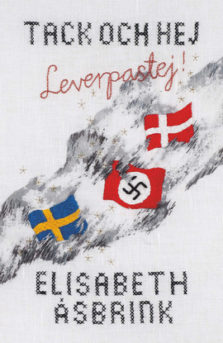 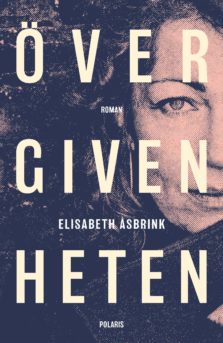 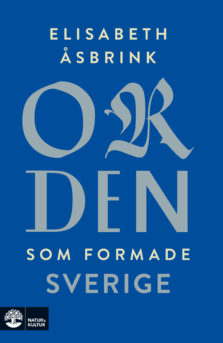 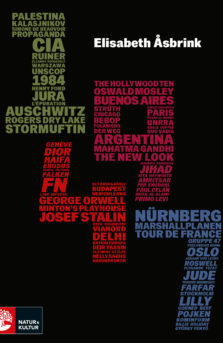 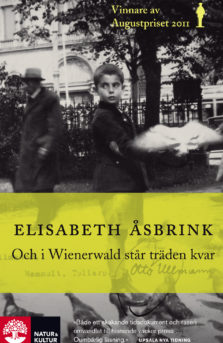 And in the Vienna Woods the Trees Remain (2011) 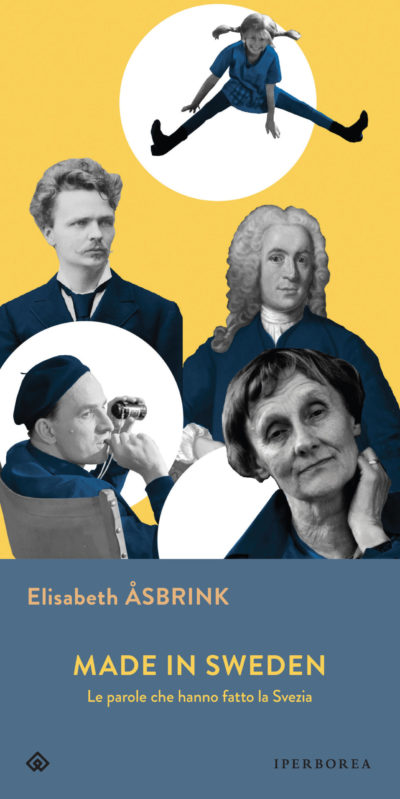 Is it possible to connect Zlatan Ibrahimovic, Greta Thunberg, Linnaeus, Pippi Longstocking and Lisbeth Salander with a single line that crosses centuries?

Made in Sweden is a real “national lexicon”, a beautiful historical essay, a sharp social analysis and a personal story at the same time. These are words by Italian critics following the launch of made in Sweden in Italy! Congratulations Elisabeth Åsbrink! ** “Made in Sweden is an exercise in precision... 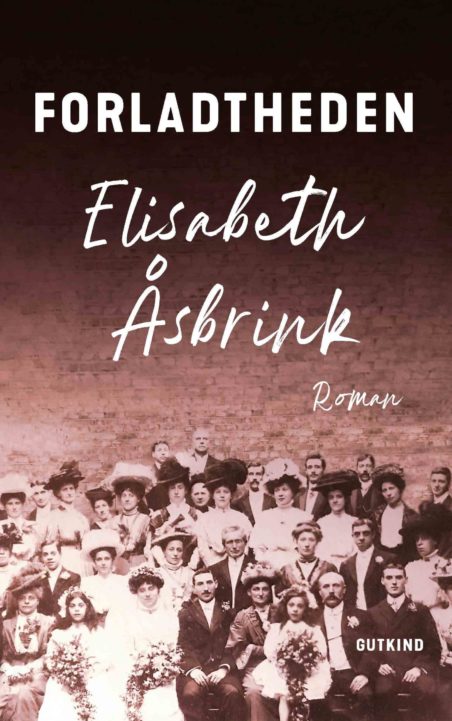 Beautiful reviews for Abandonment in the Danish language

Elisabeth Åsbrink’s novel Abandonment has just been launched in Denmark by Gutkind Forlag. Here some quotes from praising Danish critics: "This captivating and important debut novel reveals the hurting points in a family history (...) A sharp gaze for all the sediments accumulated in language, as well as for the... 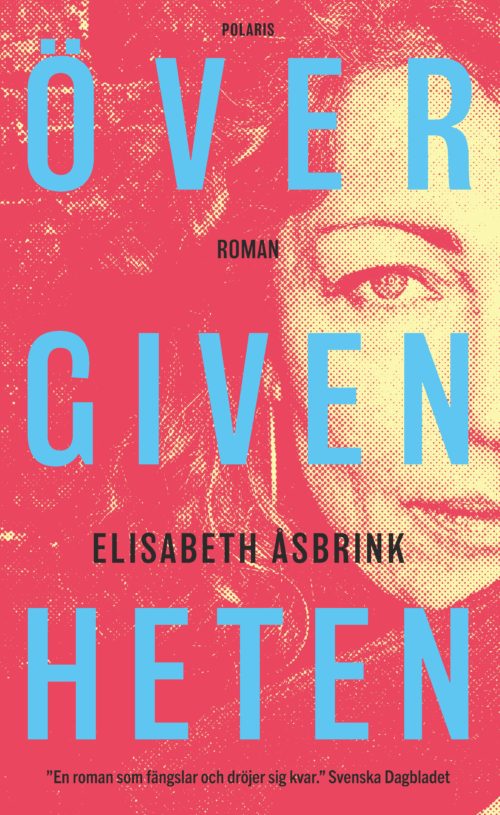 Striking edition of a striking novel!

Abandonment - “A powerful and enlightening narrative of love and hate” /DN – by Elisabeth Åsbrink  to be released in paperback in May.  "Elisabeth Åsbrink is one of the rare authors who reaches such literary heights that they immediately feel too big for their market. Her new novel Abandonment emphatically possesses this quality: here...

Elisabeth Åsbrink’s award-winning book And in the Vienna Woods the Trees Remain on the list of “Best Nonfiction of 2020” in the US!

Elisabeth Åsbrink’s And in the Vienna Woods the Trees Remain, awarded with the August Prize in 2011 and the Rychard Kapuscinski prize in 2013, was this year published in the US by Other Press. As their yearly round-up, the American literature magazine, Kirkus Reviews, has chosen the book as one of 20 best... 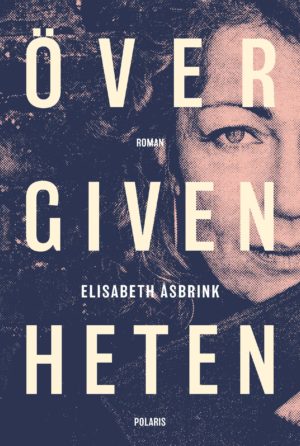 Beautiful reviews and German rights just aquired by btb -  Elisabeth Åsbrink’s novel Abandonment enchants readers at home and abroad ”Here we are dealing with a book that immediately joins the great literary tradition that hosts such diverse predecessors as Primo Levi and Isaac Bashevis Singer.” Alba.nu “There is a force...

”At this point in his­to­ry, sev­en­ty-five years after the lib­er­a­tion of Auschwitz, it’s chal­leng­ing to find a work that con­tributes some­thing new or unex­pect­ed to the canon of Holo­caust lit­er­a­ture. How­ev­er, And in the Vien­na Woods the Trees Remain does exact­ly that.” — JEWISH BOOK COUNCIL

“Top-notch microcosmic World War II history and an excellent illustration of the immense power of the written word.”

Elisabeth Åsbrink´s And in The Vienna Woods The Trees Remains (soon to be released in the US by Other Press) gets beautiful review in Kirkus! Read more

Made in Sweden to Finland

Read Elisabeth Åsbrink in The Guardian:

"The Swedish dream was always too good to be true. And now the far right is back!" Elisabeth Åsbrink

Rave reviews for US edition of 1947

We are receiving the most wonderful reviews for the US edition of Elisabeth Åsbrink's 1947. Where now begins. How about the following quotes: “The Swedish journalist Åsbrink’s “1947” is an extraordinary achievement. [...] Åsbrink is throughout attentive to the complex dynamic produced by the Holocaust’s multiple aftermaths, the urgently necessary and...

Elisabeth Åsbrink's 1947 has been picked as one of the best non-fiction titles published in the UK in 2017 by daily newspaper Metro. Anthony Cummins writes: "From Sweden comes this globe-trotting factual narrative tracing the poisonous fallout from World War II with novelistic flair. With a reporter’s nose for detail...

We are proud to welcome author and journalist Elisabeth Åsbrink to our agency and at the same time congratulate her to The Letterstedt Author prize (Letterstedska författarpriset) that she has been awarded by The Royal Swedish Academy of Sciences for her book 1947. Where now begins. Congratulations, Elisabeth! More to...