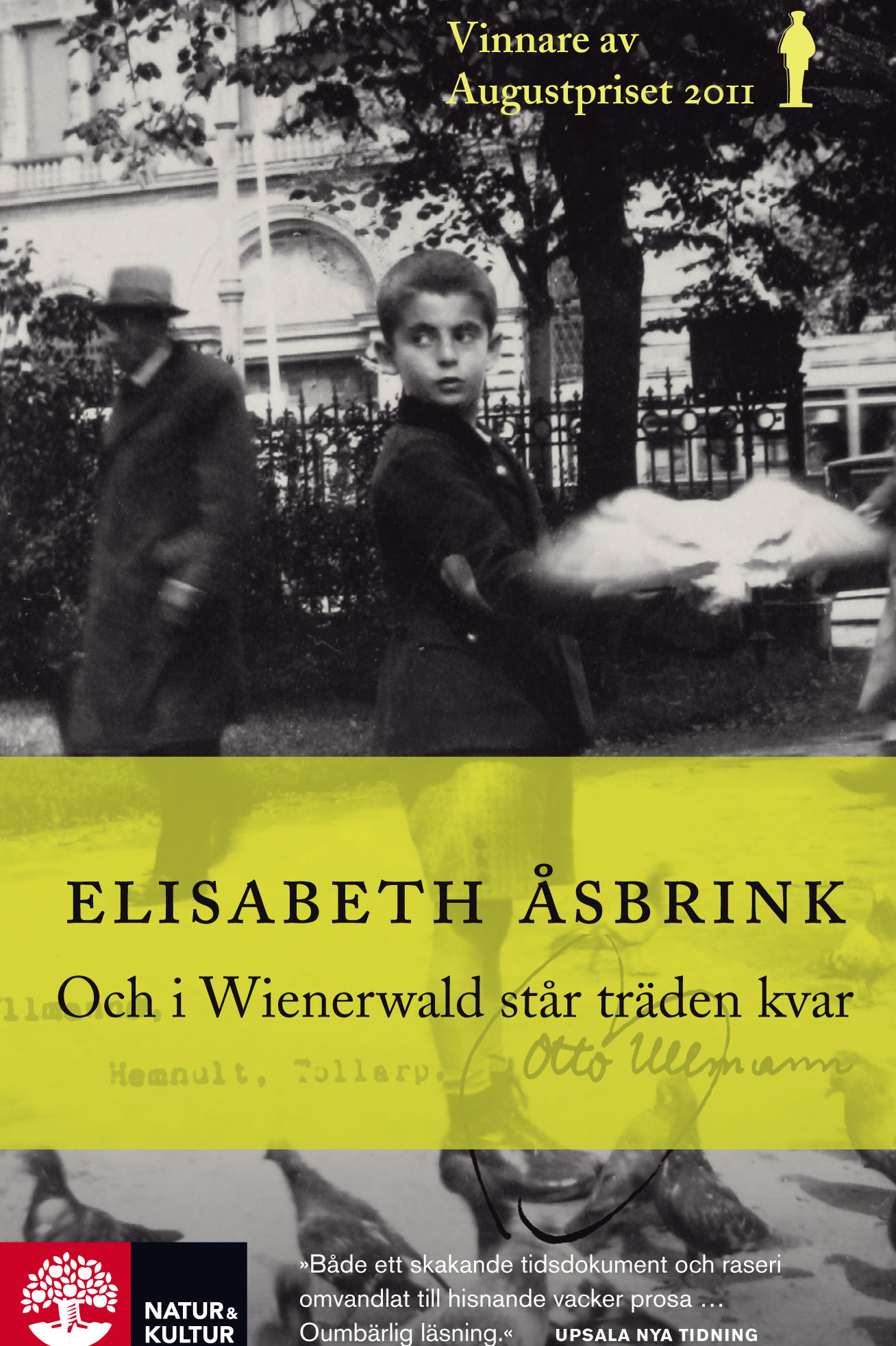 And in the Vienna Woods the Trees Remain

And in the Vienna Woods the Trees Remain by Elisabeth Åsbrink is an intricate weave of documents, substantive narrative and emotional Acommentary.
Otto, a Jewish boy, was sent from Austria to Sweden right before the outbreak of World War II. There he became best friends with Ingvar Kamprad, the founder of IKEA.
Despite the huge Swedish resistance to Jews, the 13-year-old Otto Ullman was granted permission to enter Sweden – all in accordance with the Swedish archbishop’s secret plan to save Jews on condition that they converted to Christianity.
Otto found work as a farmhand at the Kamprad family’s farm Elmtaryd in Agunnaryd in the province of Småland. Ingvar and Otto became very close friends. But at the same time, Ingvar Kamprad was actively engaged in Nazi organisations and a great supporter of the fascist Per Engdahl. Otto’s parents were trapped in Vienna, and the last letters he received were sent from Theresienstadt.
With over 500 letters and thorough research as a starting point, Elisabeth Åsbrink portrays how Swedish society was infused with anti-Semitism and how families are shattered by war and asylum politics. The book contains interviews with Ingvar Kamprad.
Elisabeth Åsbrink’s book reveals previously unknown facts about Ingvar Kamprad. Her sources are personal files initiated by the predecessor to today’s Swedish Security Service (SÄPO).
Elisabeth Åsbrink was awarded both the Swedish August Prize and the Polish Kapuściński Prize for the book.

"Top-notch microcosmic World War II history and an excellent illustration of the immense power of the written word."

"Åsbrink brings us a testimony, that must be remembered and is as urgent as unbearable."

"A masterpiece … The stack of letters from the war is in itself an unprecedented basis for a documentary work about the Jewish and Nazi atrocities. But Elisabeth Åsbrink is more than a journalist, more than an observing chronicler. She is a poet. Gently she weaves her own family’s fate, and her research into history. With the touch of a fiction writer she brings the over 70-years-old drama to new life. With a pen of a poet she revives a story that could have been forgotten. Page after page I´m impressed by Åsbrinks sence of language, her outstanding communication skills, her superior literary endowment."

"A dramatic an masterly put togehter showdown with Swedish rasicm between the wars. (…) Åsbrinks book is more than very good, in the multicultural Norway it is also completley up to date."

“And in the Vienna Woods the Trees Remain… is only now appearing in English, in Saskia Vogel’s smooth translation… fascinating....To make the separation more bearable, Otto’s parents had resolved to write to him every day. These letters form the basis of Åsbrink’s touching book, and though only a couple of Otto’s have survived, it is possible to trace what he was doing from his parents’ side of the correspondence. Åsbrink has added much research of her own.”

"Through an intimate story about a Jewish boy trying to escape extermination and looking for shelter in Sweden, Elisabeth Åsbrink tells a universal story. Story of people who, while convinced of their own virtue and responsibility, may contribute to a crime. By bringing back Europe’s very recent and very ignominious past, the author awakens readers’ sensitivity to a drama taking place before our very eyes; the drama of refugees in contemporary world."

Motivation for the Kapuściński Prize

World English rights sold to Other Press (US)

Elisabeth Åsbrink’s award-winning book And in the Vienna Woods the Trees Remain on the list of “Best Nonfiction of 2020” in the US!

Elisabeth Åsbrink’s And in the Vienna Woods the Trees Remain, awarded with the August Prize in 2011 and the Rychard Kapuscinski prize in 2013, was this year published in the US by Other Press. As their yearly round-up, the American literature magazine, Kirkus Reviews, has chosen the book as one of 20 best...

”At this point in his­to­ry, sev­en­ty-five years after the lib­er­a­tion of Auschwitz, it’s chal­leng­ing to find a work that con­tributes some­thing new or unex­pect­ed to the canon of Holo­caust lit­er­a­ture. How­ev­er, And in the Vien­na Woods the Trees Remain does exact­ly that.” — JEWISH BOOK COUNCIL

“Top-notch microcosmic World War II history and an excellent illustration of the immense power of the written word.”

Elisabeth Åsbrink´s And in The Vienna Woods The Trees Remains (soon to be released in the US by Other Press) gets beautiful review in Kirkus! Read more