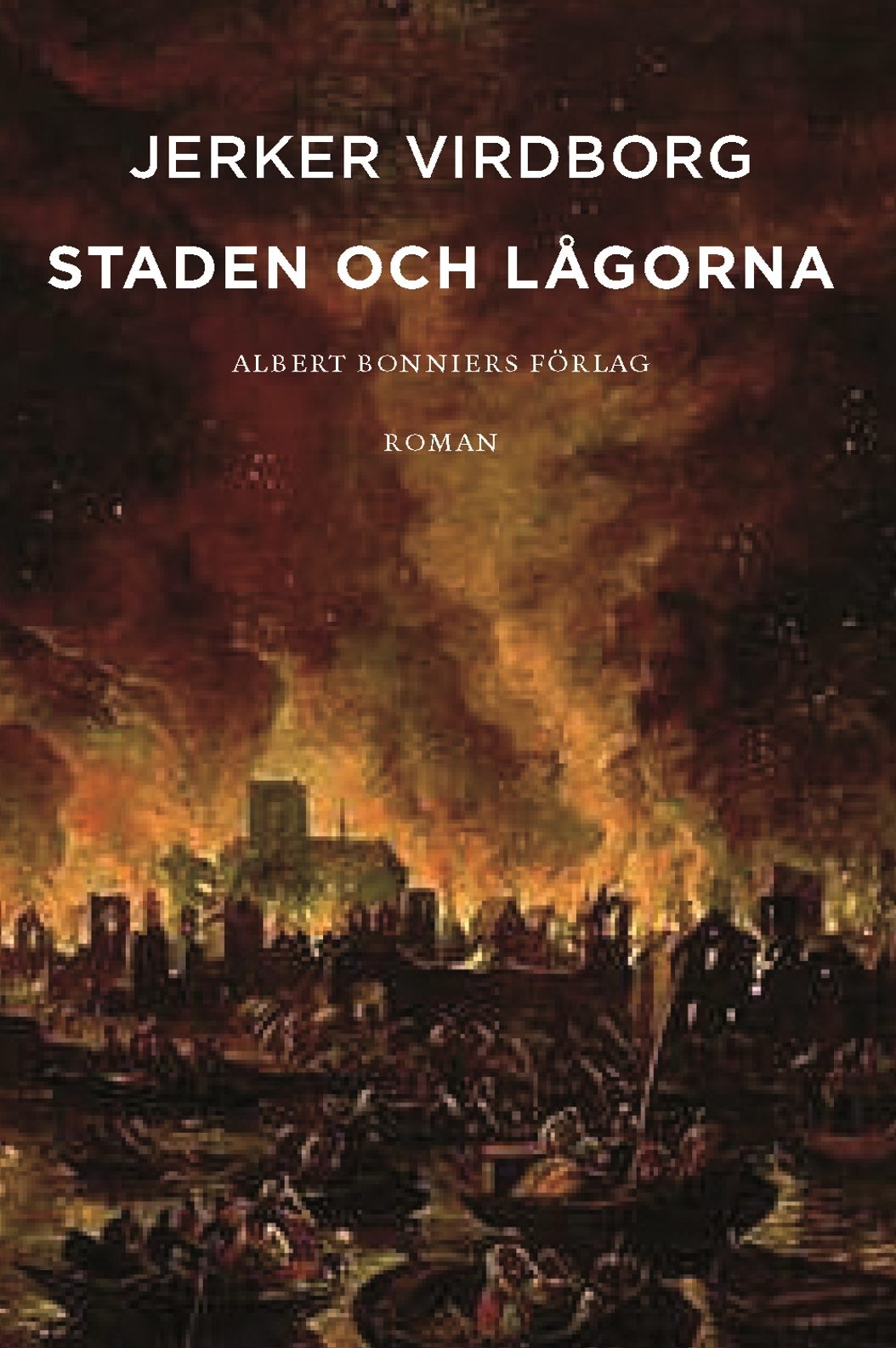 Ever since his debut with the short story collection Landhöjning två centimeter per natt, Jerker Virdborg has explored the unpredictability of the innermost human mind, as well as what manages to slip through into the external world. In the novel Mannen på Trinisla this other world came into close focus in the form of a messenger in a craft unmarked by time or history. Also in Försvinnarna and in his latest novel Kall feber, reality is affected by unexpected forces – in both cases of a distinctly human kind – entering our lives and affecting our capacity for understanding.

In City of Flames we move through a nightmarish border country between contemporary and historical settings. Also between life and death.
Viktor falls overboard in the harbour near his home town and is saved at the last moment from drowning. However, the inn where he wakes up is both strange and frightening. He quickly runs up a debt and is bullied and kept locked up until he can pay what he owes. When at long last he gets out into the lanes, nothing is as it used to be – he is out of step with his own time and, in vain, tries to remember why he came here at all.
City of Flames is a Kafkaesque tale of wandering through a place that should be ordinary and familiar, yet where all the violence absorbed by the lanes in their 800-year history seems to play out at one and the same time. Viktor, increasingly powerless, is slowly forced closer and closer to the inherent catastrophe of the place: the great fire.

"An exciting, remarkable and at the same time crystal clear narrative. If possible, this new novel is an even more impressive achievement than the author’s previous books.”

"As exciting as a thriller from the first page of Jerker Virdborg’s new novel, ‘Staden och lågorna’.
Virdborg is the great epic writer of his generation and here he further consolidates this position. (…) ‘Staden och lågorna’ is a real page-turner."

"Certainly one’s thoughts frequently turn to Kafka, but almost as much I am reminded of ‘Crime and Punishment’. Viktor, just as Raskolnikov, moves through a feverish haze, hunted as much by his own demons as by an outside threat. Plans are forged only to be changed, things are forgotten only to come back later with terrifying clarity. And when the catastrophe finally presents itself, all the pieces fall into place with ferocious power: at its very deepest level, ‘Staden och lågorna’ is a personal tale of guilt and redemption, of walking through fire in both a literal and metaphorical sense. And as such it is absolutely splendid."

“Accomplished and well written in the sense of both functioning as a suspense novel and a historical work. There is something Kafkaesque in Viktor’s fruitless attempt to fulfill his task and get out of the city – also out of the epoch which only reveals itself in the resolution of the story. He struggles through a world of violence, excrement, horses, dogs, tar torches, wooden barrels and executions, a world as enclosed as a labyrinth, a dream or maybe even unconsciousness?”