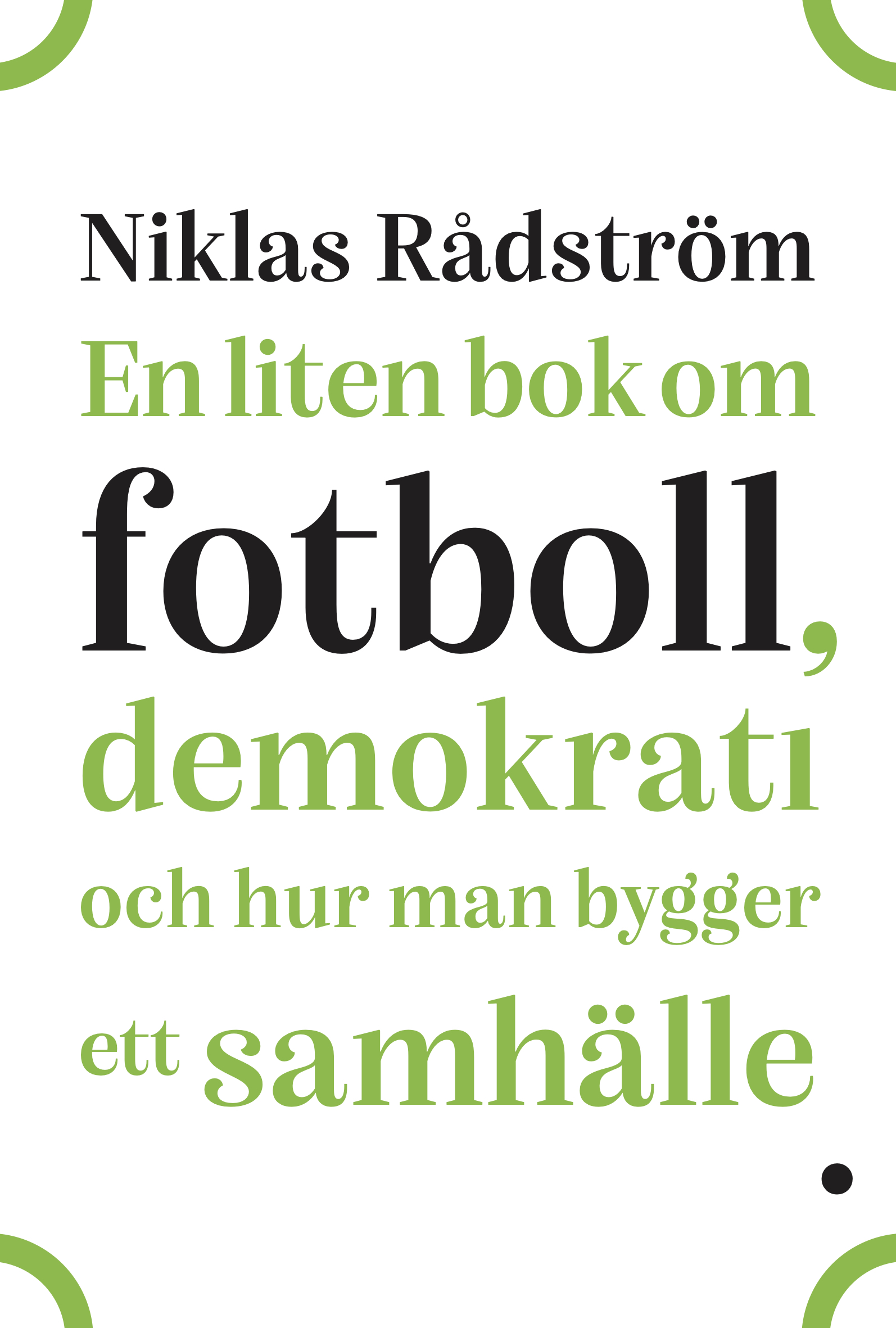 In this little book, Niklas Rådström portrays football as an experimental space that, through ritualized performances, repeatedly tests how a functioning society can be built. Football’s essential unpredictability reminds us that regardless of attempts to control our lives, something unexpected will happen. Democracy and open society are fueled by the same dynamism: being constantly prepared to reevaluate opinions and strategies in the face of an ever-changing world. This book is not about individual matches, teams or tournaments, but about the nature of football, and how it is an expression of our culture.

OPEN
”Well-crafted, thought provoking book about the most important things in the unimportant”

”I became unexpectedly uplifted by Rådström’s reflections: his beautiful feeling for ideas and irony maintain a lovely balance to the text”

”Rådström shines when the cultural references he makes are laid out in the space between football and the rest of society.”

”Rådström is clever and witty: he compares French-Algerian Zinedine Zidane’s headbutting of Italian Marco Materazzi in the World Cup final 2006 to both civil disobedience and growing populism. He links Brazil’s painful home game loss against Germany in 2014, to Bolsonaro’s incomprehensible election victory four years later. Two chapters, ”Zidane’s skull” and ”When a society falls apart”, both which I would have wished lasted longer – contain some seeds of unique thoughts.”