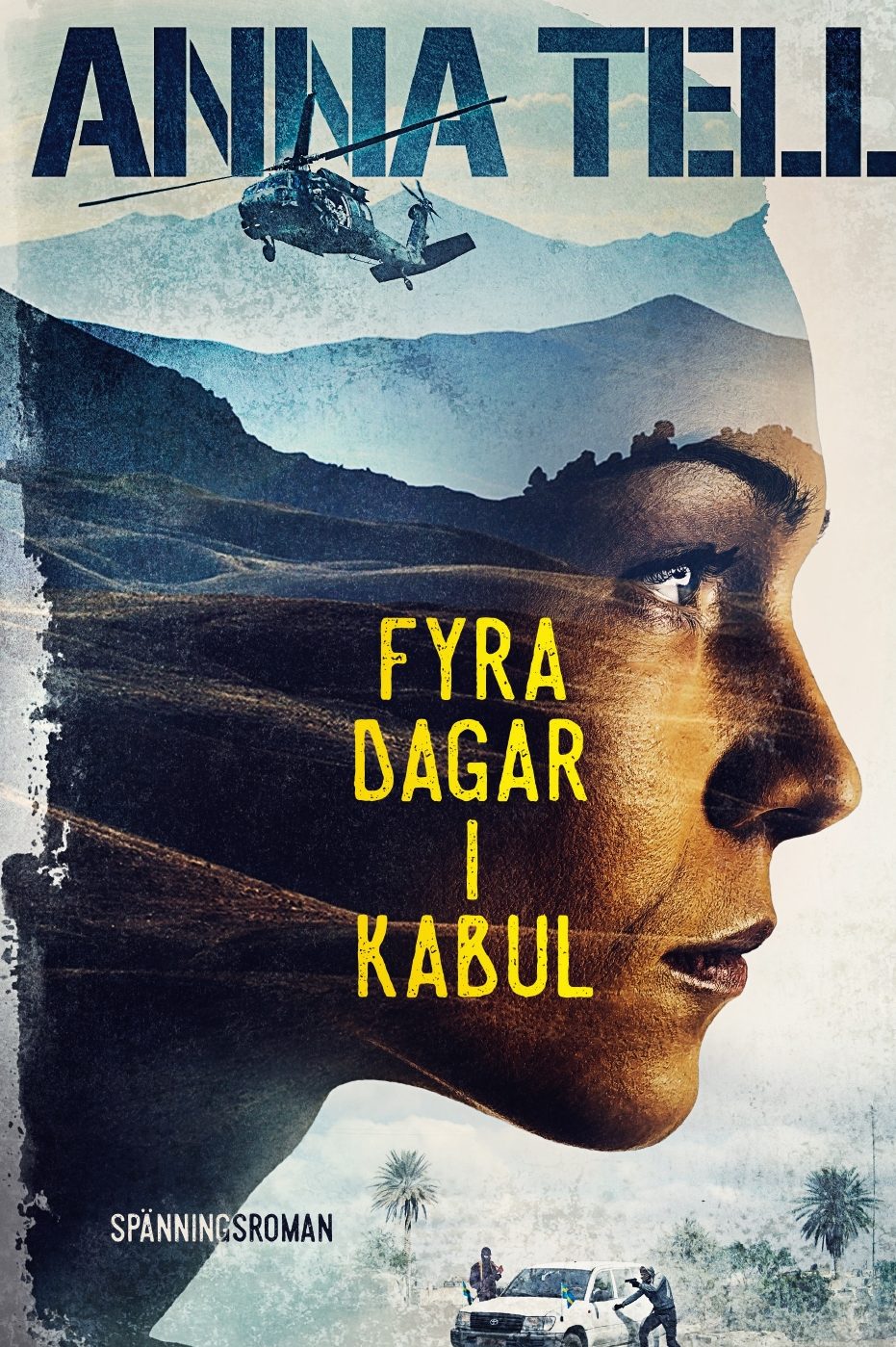 Four Days in Kabul is a suspense novel in which human weakness is revealed with searing clarity as time is running out. An international kidnapping drama in Kabul leads straight into government headquarters in Stockholm. The experienced negotiator Amanda Lund is in a race against time in a sinister web of murder, heroin and sex. Amanda’s negotiating counterpart remains silent, as she begins to realize that the Swedish ambassador in Kabul is involved in a major cover up.

"Wow! My pulse is racing and I break into a sweat right from the start! Hats off to debut author Anna Tell, who knows her facts and how to tell a thrilling story. After 20 years in law enforcement and in the military she knows how the pockets of camo-pants bulge with extra ammunition for a Glock, and how a stone in the right pocket of the jacket makes the weapon easier to reach. Trustworthy and clever about her protagonist, 34-year-old Amanda Lund, working for the Swedish National Task Force in Afghanistan; about a world where politics is more important than a human life. Extra points for great dialogue!"

"It has been a long time since I last read a crime debut written with such poise and assurance, but Anna Tell really knows her craft. Working with the Swedish police force at home and abroad for over 20 years has given her a lot of good material, and she describes a female police officer’s situation in a profoundly realistic and interesting way. FOUR DAYS IN KABUL is a novel that keeps a tight grip on the reader from beginning to end.."

Swedish Debut to Germany and Poland through preempts

Hedlund Literary Agency are proud to have accepted preempts from German publisher Rowohlt and Polish publisher Sonia Draga, in two-book deals for Anna Tell's Four Days in Kabul. The book is the first entry in a new series about hostage negotiator and military instructor Amanda Lund. The launch title of...