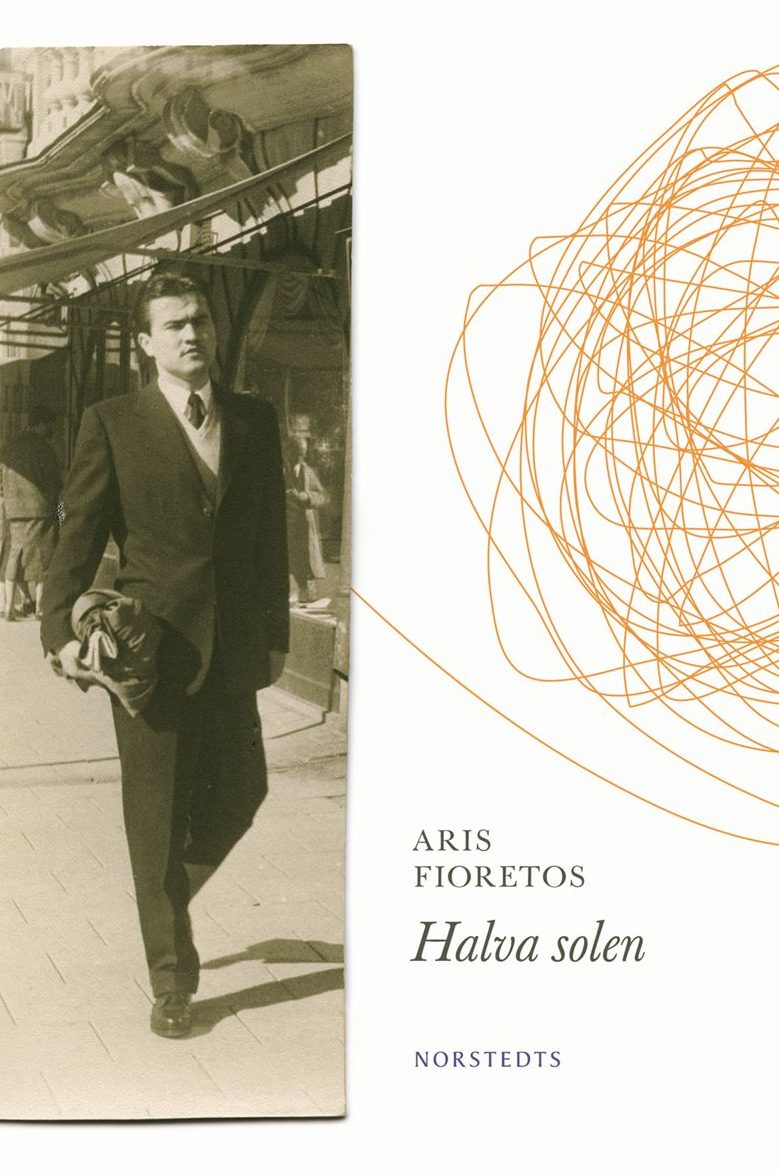 What is the definition of a father? Perhaps: he-who-protects? Perhaps: against the sun? If he no longer protects, is he still a father?

It happens all the time. A parent dies. A child mourns. But how often does this particular person die? And how does one reciprocate something of what he gave?

Aris Fioretos’ new book is both elegy and requiem in reverse. In short prose tableaux, as matter of fact as they are lyrical, Half the sun traces the adventures of an expatriate Greek — from his death in a Swedish home for the elderly, over the years in the burgeoning welfare state and back to the time before his first child. Now the father is no longer father. But has life before him.

Following the acclaimed Den siste greken, which was nominated for the August Prize and received the Swedish Radio Fiction Prize, Aris Fioretos returns with the moving story of a beloved person shaped by a secret.

“Half the Sun is a declaration of love, a tale undoubtedly born of sorrow but whose backwards perspective makes it glimmer with joy. It is quite a luminous little book, written by a stylistic artiste who never lets his virtuosity lend a chill to life.”

“It is . . . a very sensuous story, full of cicadas, ripe dripping oranges and gravel roads trembling in the heat. … Half the Sun is a beautiful book, funny and poignant. The seemingly objective narrative quivers with a deeply felt warmth and withheld sorrow.”

“Everything is wrought with elegance and intimacy.”

"I could burst out ‘at last!’ – a tribute to a dead old parent amid the current flood of deeply felt reckonings. Aris Fioretos’ book Half the Sun is about the son and the dad. The expatriate Greek. The pine patriarch … I like this text tremendously.”

"It would hardly be too much to say that Half the Sun is a future classic.”