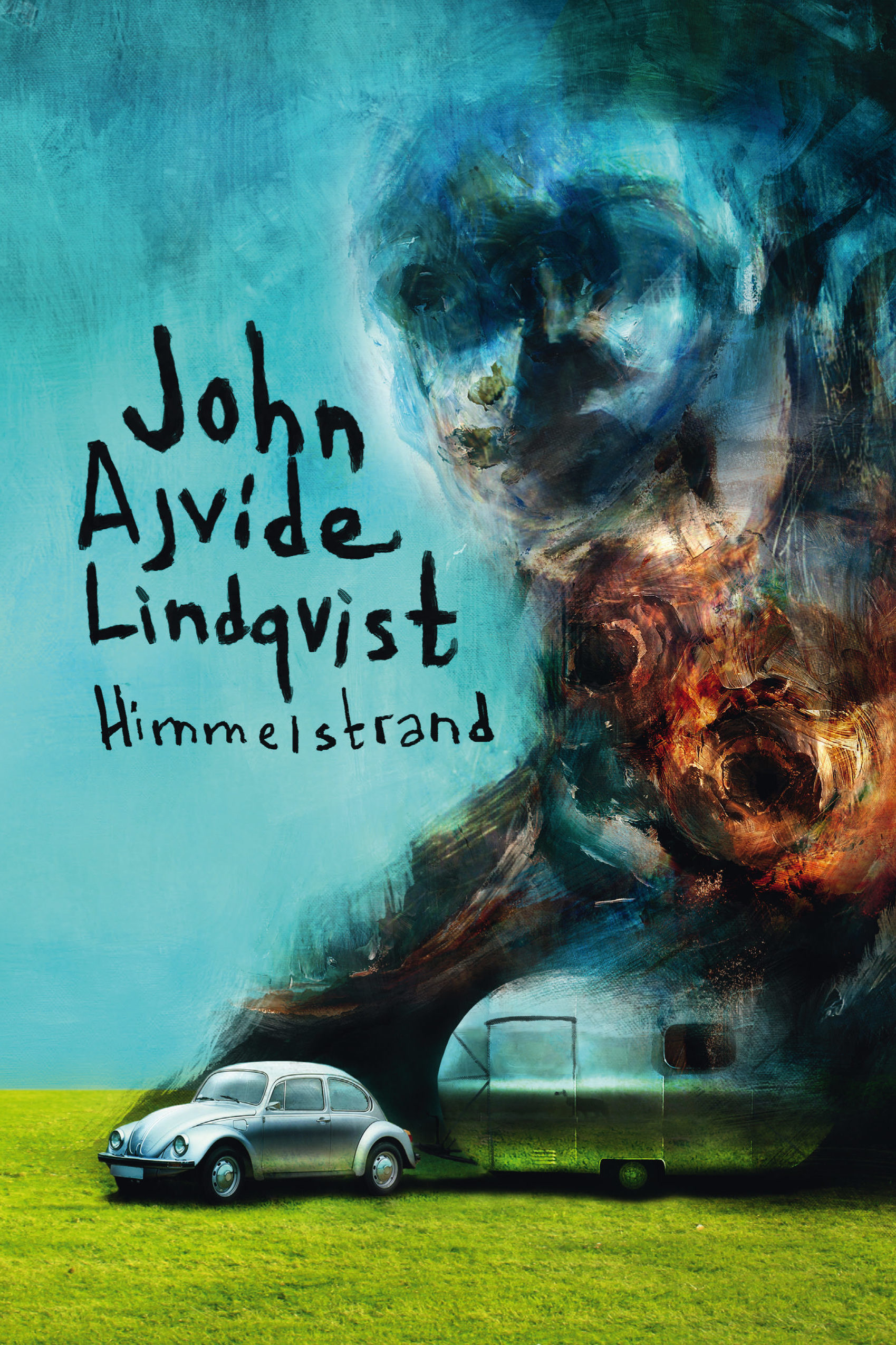 I Am Behind You

“A silver Volkswagen Beetle and a similar silver coloured older model Ägget caravan attached to the car. Inside the caravan is the Darkness, the absolute darkness which is also a passage between two worlds. People can get lost in this darkness and never ever reappear. At the core of the story is also a seemingly never ending green area with carefully cut green grass, a postcard blue summer sky without sun. Constrained and incredibly vast at the same time. Swedish pop music as the soundtrack. Sweden.”

And why is it just them. Why only these four caravans? Why only these ten people. Eight adults and two children. A cat and a dog. Why not more? And what are they doing on this endless green field? Grass as far as the eye can reach and why under this sunny blue sky? And where is the sun? This is where I Am Behind You begins. And this is perhaps also where it ends.

I Am Behind You is not a traditional horror novel. It is not a traditional John Ajvide Lindqvist novel either. He says himself that it is “the trickiest book I have written”. His publisher agrees and claims this is also one of the very best books he has written. This is not just a fairy tale where we follow the families and their encounters – it is also a fairy tale of how the author has to make something work that from the beginning looks incredibly difficult.

But as we know, John Ajvide Lindqvist has something that we nearly all lack – an imagination that seems almost limitless and fabulous language, something that tempts you to laugh in the middle of the darkness and to create worlds. Something that makes you allow him to take you by the hand and lead you into the unknown.

For that is what happens to you. You must, just as the characters in the novel, make your way into the void. Let the car roll quietly into infinity with the GPS and the wheel as the only safety. Keep going until the GPS fades. Dies. But the car keeps rolling. Onwards. Suddenly the GPS springs back to life. You sit in the car, you have not doubts at all, you do not have a clue about how it will end. But when you get there. To the end. Then it is not John Ajvide Lindqvist who is waiting for you but a slightly different version of yourself.

On the journey, you have got to know more than ten characters. Eight adults with their problems. And two children with theirs. But also what is beautiful about them. Love. Or rather the kinship. Because that is the important thing. Maybe the most important that we have got, once we get to the end.

For this is a magnificent novel about never leaving anybody behind.