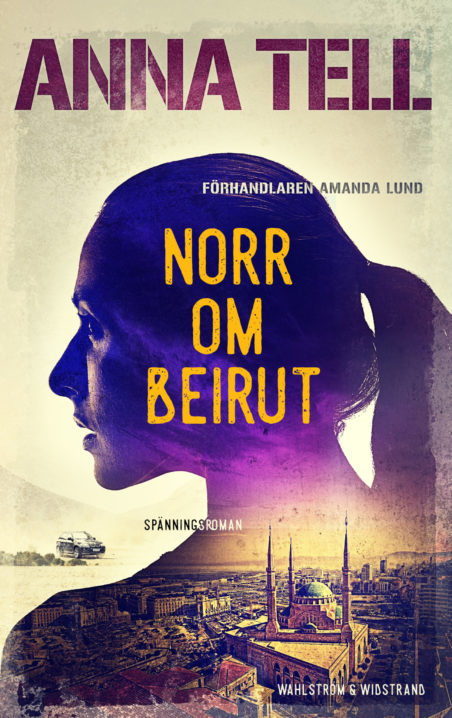 On a freezing February night, Amanda Lund is dispatched to Västerbron Bridge in Stockholm to prevent a suicide. She fails. When writing up her report, she discovers that the man’s two children have been missing under unclear circumstances. And a friend of his, a female director of the Swedish International Aid Agency, has disappeared without a trace. Amanda and her colleagues dig deeper into the case, following traces to a foreign contact. While Amanda chases evidence, someone is on a dangerous journey from Afghanistan, via various refugee camps, to Europe. North of Beirut is about mysterious, interconnected events around the world, influenced by dark secrets at risk of being revealed.

"Undoubtedly Tell’s best book to date, here she outperforms many of her more well-known colleagues. It contains nearly all the ingredients that belong in a crime novel worth reading: Suspense from the prologue to the 396th page. A good plot with many twists. Skillfully depicted investigative work and a captivating cast of characters. An unexpected and gripping conclusion with a moral point."

"Her first two books were good and successful, but she has not grown complacent: she wants to improve and she certainly succeeds – her third book is by far the best to date. Anna Tell has developed her own niche in the field of suspense, rooted in deep knowledge of police and military activities, an international commitment, a sophisticated storytelling technique, an increasingly strong literary ability, and perhaps above all: a graceful balancing act on the narrow tightrope of constructing a properly dramatic and thrilling plot without falling outside the realm of credibility."