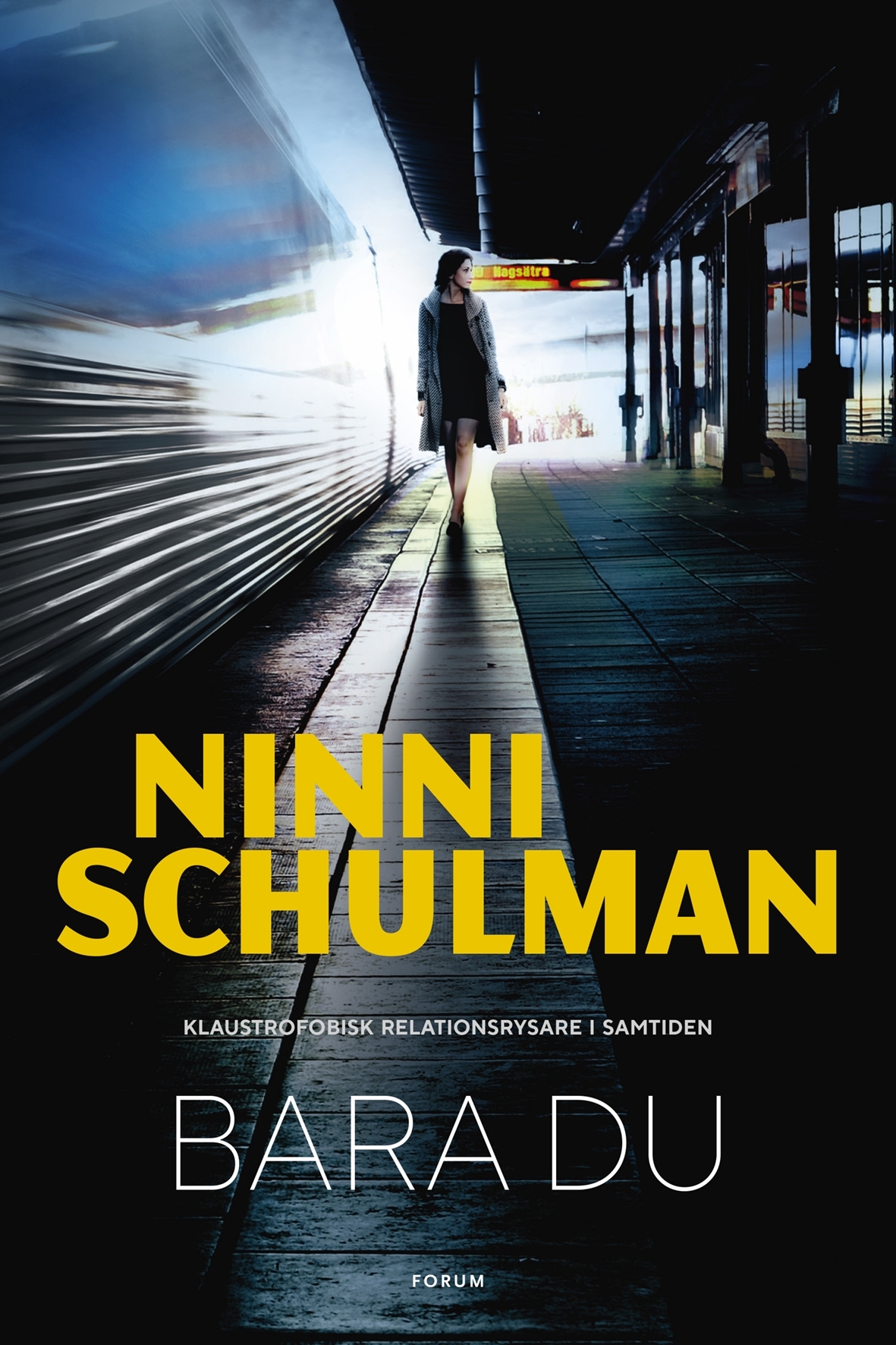 ”Say hello to Pål from me, and make sure he’s nice to you.”

After 700 000 copies sold of her previous works in Sweden alone, Ninni Schulman is back with a genuine psychological horror story.

Obsession is a claustrophobic tale of loneliness and love, dependence and obsession.

Pål works as a turnstile attendant in the Stockholm metro. After a few dark years, he’s ready to love again.

Iris is a freelance graphic designer. She, too, has a heavy couple of years behind her, and has grown tired of her solitude. For quite a while, she has been searching for the perfect partner, someone who truly loves her for who she is.

In one another, they find what they are looking for, and launch into a passionate relationship.

Obsession starts from the point of our basic human needs – the desire for intimacy, the longing to be taken care of, and the dream of being indispensable.

Pål is wonderful, and at times Iris feels that he understands her better than she does herself. He knows exactly what she needs and when she needs it. With uncanny precision, Pål preemptively satisfies her innermost desires. They spend more and more time together. Eventually, their friends start to wonder if everything is alright. Iris proclaims utter bliss. Because this is bliss, isn’t it? Or are they in fact headed for disaster?

In Obsession, the reader is suspended in chilling uncertainty until the very end.

Previously a journalist, Ninni Schulman is now a full-time literary author. Her popular crime novels about reporter Magdalena Hansson – The Girl with Snow in Her Hair (2010), The Boy Who Stopped Crying (2012), Answer If You Hear Me (2013) and Our Very Own Little Secret (2015) – have been roundly praised and sold more than 700 000 copies.

“…A stand-alone story from Ninni Schulman, about how a perfect relationship turns into a nightmare. Insanely suspenseful!”

"Here, Schulman steps off the well-trodden path and writes a book about something utterly different. And it turns out to work very well.”

“well-written, elegantly composed, and suspenseful. With the just-published Obsession, Schulman does something utterly new.”

“Ragingly, uncannily good. /…/ Ninni Schulman’s stand-alone novel starts out like a happy fairytale, but soon something goes awry. The suspense slowly builds, and I greedily devour page after page to find out what’s going on. Who is deranged and whose experience is real?”

“well-written, elegantly composed, and suspenseful. With the just-published Obsession, Schulman does ”A very skillfully executed page-turner, both contemplative and eerily chilling”. utterly new.”

”I have always been impressed by Ninni as an author – not least her keen perceptiveness in regard to relationships and behaviors, and her understanding of what moves us, right here and right now. With Obsession, she has taken a new path in her authorship and done something utterly original in the suspense genre. She has written a romantic thriller in which the main characters are so real that they feel as close as one’s own best friends. It is a novel that feels intensely contemporary and that delves into topics that concern all of us – here and now.
The story of Pål and Iris begins as a love story and ends in disaster. I care about both of them and wish them well, despite the darkness they carry and their relationship ending so violently. Only a writer of Ninni’s capacity can pull that off.”