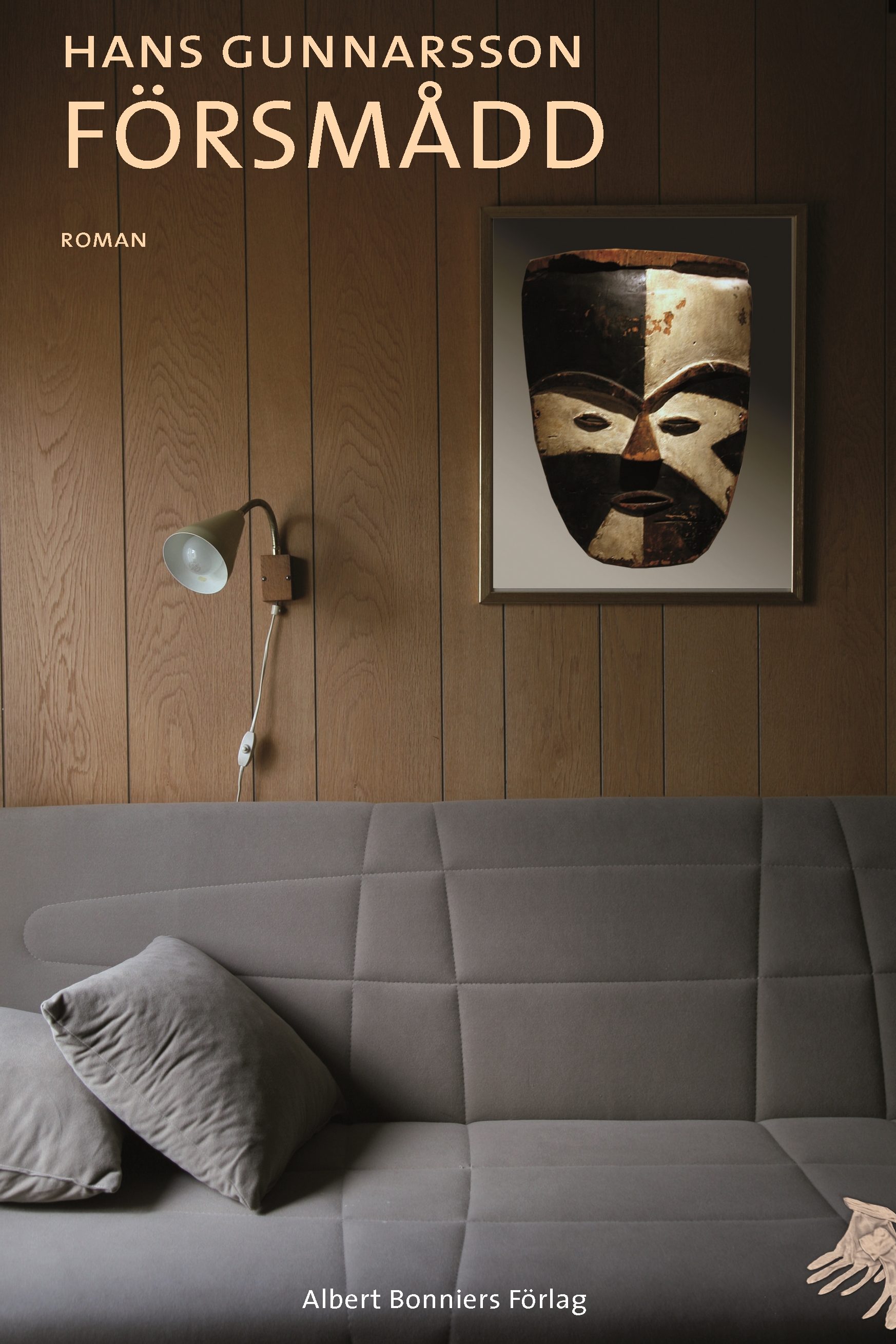 Ingvar, the narrator of Hans Gunnarsson’s new novel, is a history teacher who is getting old and also not getting on so very well with his pupils and colleagues. There is one glaring exception: Stina, the school’s Head Mistress, is even more remote from her surroundings and carefully guards her privacy. When one day Ingvar decides to throw caution to the wind and cycle over to her house, a persistent but also tragicomic courtship begins, which soon takes the form of a disturbing investigation. Or, as Ingvar puts it himself, an ‘evil farce’. Soon he is helplessly caught up in his spying and entirely obsessed with Stina’s mysterious activities.

One day he is caught out when someone comes back after he has managed to get inside Stina’s house. Quickly he hides under the bed:
In the next moment the bedspread was thrown off the bed and I thought to myself while keeping my eyes firmly shut: I’ll play dead, then they’ll have to bloody drag me out into the light.

But it was not for me that the cover had been removed. It was for them and their lusts. With a great groan and creak they fell into the bed and I had to twist my head to avoid having my nose broken as they started tumbling around.
I was a history teacher. A thinking, reflecting human being.
So how the hell had I ended up in this soup?
In Spurned Hans Gunnarsson captures with equal humour and blackness an individual finding himself in the gap between frustrating insight and horrifying delusion.

“Spurned is a hair-raising middle-class satire about a man close to retirement who is capable of objectively describing his every mistake while at the same time utterly unable to see himself from an external perspective! (...) Hans Gunnarsson is one of our best storytellers and with Spurned he can congratulate himself on a triumph. I’d like to see anyone who can put this book down.”

“As a reader one twists and turns in one’s armchair with the pleasurable agonies of partaking in a narrator’s increasingly convoluted horizons, but only if the portrait has the right combination of tenderness and cruelty. It is a balancing act which Hans Gunnarsson manages with consummate control.”

“Spurned begins as an amusing story of unwanted courtship and ends up showing how a very lonely person is finally broken. The whole thing is brilliantly constructed by Gunnarsson: initially he tricks readers into laughing only to make us question what we are actually laughing at.”

“Hans Gunnarsson’s style has been likened to Raymond Carvers fragmented and tragicomic realism. Spurned is one long Carver novel from beginning to end.”

If you have not read Hans Gunnarsson, the master of tone, the time to do it is now. No one is better at giving voice to the defeated male, writing deliberately perplexed dialogue and with absolute marksmanship hitting the bull’s eye of communication breakdown. Spurned is a comic pearl!”

“Gunnarsson knocks masterfully at the established delusions until they start to crack from within by the weight of their own gullibility.”