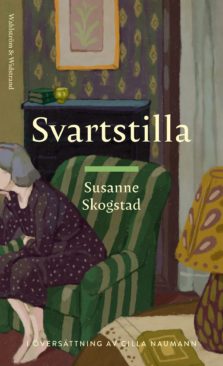 Blackstill is a sensational debut novel by Norwegian Susanne Skogstad (b. 1992).

The book’s protagonist and narrator is an elderly woman whose husband recently passed away. Her grief is so profound that is has virtually paralyzed her: “I cannot move forward, I can only sit here and look back, for in the future there is no you.”

She thinks back on their years together, recalling his lightness and joyfulness: it was he who drew her out of her emotional darkness, who provided comfort and support when the three children demanded too much, or when the panic attacks debilitated her. “What do I have to gain from the future? It is enough of a challenge to wake up every morning. To wake up and realize that I am drowning on the open sea. That there is no horizon in sight. That I am alone. And that no one will ever come.”

Those who do come, nevertheless, and intrude upon her loneliness, her memories and her grief, are the three adult children. The oldest son, Jon, almost always in a suit, smartphone in hand; the mild Solveig; and Jakob, the youngest. It is Jon, above all, who gets involved and struggles to ease the paralysis that has gripped his mother. He ultimately fails, but it brings them closer together.

In pared-down and poetic prose, the young Susanne Skogstad juxtaposes the deep love and tenderness of the past with the deep loss and sorrow of the present, and brilliantly conveys the older woman’s perspective in this exploration of companionship, loneliness and the desire to belong.

”The Color of Grief is a deeply romantic, painfully sad and utterly accomplished novel. It is impressive how the author drills down into gushy sentimentality and nonetheless manages to create originality and precipitous emotional surges. The prose often crosses over into poetry; sentences, stacked on top of one another, introduce a slow gravity, a silence....... It is a painfully vivid portrait of loneliness and the great deprivations of aging. Whether the idealization of love is healthy or not, the novel paints romantic coupledom in colors I have rarely seen them in before.”

”Susanne Skogstad portrays all this in her linguistically sparse yet expressive novel. It is beautiful, occasionally poetic, and at the same time restrained. And above all, remarkably mature. Quite simply a strong and very promising debut.”

”Skogstad creates this sense of freedom through a lyrical prose, full of images, memories and repetitions. ... She doesn’t hide her sources of inspiration but quotes directly from Jon Fosse (and others)…”

”This debut author writes of a moving love story without making a big fuss about it. It’s so everyday! It’s so poetic! In such a simple way it shows how unique and limitless love can be.”

”The book is just bursting with literary talent. One can easily find influences from Jon Fosse, both where the choice of subjects and the style of writing are concerned.”

”It’s so painful, it hurts so much and it’s so great. Skogstad’s prose is controlled and poetic, she writes like she’s been writing like this all her life… ”

"I must simply let the tears speak for themselves in this book review – and that can’t be too bad, that a book produces a little tsunami of tears. […] In my opinion, this debut novel manages to penetrate life’s important themes. …I let myself get drawn into Skogstad’s universe. […] The writing is similar to Jon Fosse’s in its insistent repetition, but is nonetheless more down to earth. It is simple and full of recurrences. The writing above all depicts the inner life of this woman, a woman who refuses to abandon her memories, and refuses to let go of her loss. […] In Skogstad’s novel, the old woman stands at her inner gate, trying to evoke the image of the man who has vanished. It is an endless struggle to never let him out of her sight. She depended on him in life, and is dependent on him now that he is gone. If [review points] could be given based on the tears that fell during the reading of this book, it would receive more than three hundred and eighty-two. Or something like that. So what is one to do, as one sits there, reading through one’s tears? What kind of review will it be?"

"The Color of Grief is a profoundly moving read. The book poses ruthless but important questions about a person’s right to her own life, to her grief, her memories and her future. I was utterly captivated by the taut and deeply poetic portrayal of a woman’s life, and I have seldom read such a consistently narrated text about an elderly person. Susanne Skogstad is without a doubt a fully-fledged author and The Color of Grief, as a literary experience, is immensely gratifying."

"We were all mesmerized by The Color of Grief and immediately fell for the story. The young author possesses a language, a gravity and an ability to comprehend and convey that left us moved, affected and astonished." 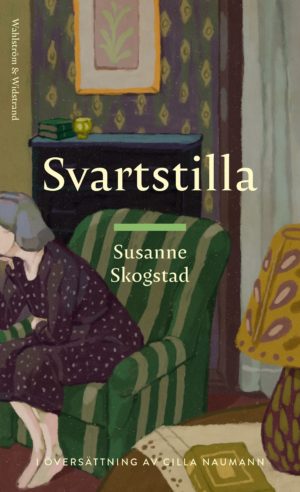 The first review in Svenska Dagbladet says: “Susanne Skogstad portrays all this in her linguistically sparse yet expressive novel. It is beautiful, occasionally poetic, and at the same time restrained. And above all, remarkably mature. Quite simply a strong and very promising debut.” More to follow soon on this remarkable book.