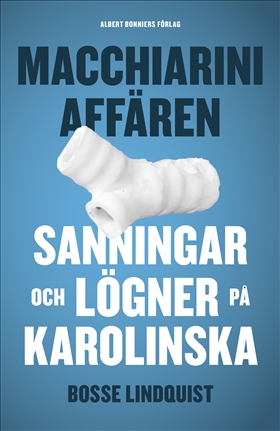 With groundbreaking transplants and sensational articles in the most prominent scientific journals, Swiss-Italian surgeon Paolo Macchiarini amassed success and fame all across Europe, the US and Russia. In 2010, he was recruited by the Karolinska Institute – which grants the Nobel Prize for medicine and physiology – and the Karolinska Hospital in Stockholm. Soon, patients were flown in from all around the world to be treated with Macchiarini’s revolutionary methods. The charismatic, movie-star-handsome surgeon charmed colleagues, directors, journalists and patients to such a degree that no one questioned the miracles he promised to perform.

The miracles failed to materialize, and in their place Macchiarini left a bloody trail of shattered hopes, broken hearts and drawn-out, excruciating deaths. Nevertheless, international media and esteemed medical institutions continued to sing his praises.

In 2015, investigative journalist Bosse Lindquist received a tip about a scientific feud at the Karolinska Institute. After winning the trust of Macchiarini himself as well as that of a few courageous whistle blowers, Lindquist discreetly began to unravel a wide-ranging web of scientific fraud, intrigue, corruption and callous disregard for human life – as well as an expanding group of patients whose lives were destroyed inside the ostensible havens of prestigious hospitals. These patients became the victims of one man’s Messiah complex, the medical community’s prestige and authority, and their own desperate will to survive.

The Macchiarini Affair is the definitive exposé of a human tragedy and unparalleled scientific scandal, a scandal with roots and ramifications in the US, the UK, Russia and throughout Europe, where Macchiarini charmed his way into operating theaters, laboratories, board rooms and bed rooms.

Effective, informed and incessantly suspenseful, The Macchiarini Affairis not only a captivating medical detective story, it also provides that which the justice system failed to do – culpability for those responsible, and restitution for the victims and whistle blowers.

The book offers an alarming look inside a closed and hierarchical profession, and exposes the sometimes sinister forces that control contemporary medical research. Lindquist’s revelations are bound to incite rage, empathy and fascination in readers everywhere.