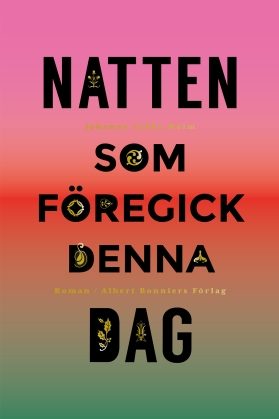 The Night that Preceded this Day

A child turns thirteen and starts keeping a journal. She has a mother, a sister, and a horse called Elektra. A mother who has handled weapons and has a bison leather jacket hanging in the hallway. A sister who noisily eats pears and reads her sister’s journal. A horse with eyes like comets.

A child that writes about finding peace in a horse’s stall. About falling asleep in cotton wool and having a beautiful sister. About being a marble statue among gymnasts. About the weight of long hair and the terrible fact of being a child.

The Night That Preceded This Day is an evocative and poetic short novel about being a child and becoming a young woman. It is about loneliness, sisterhood, and the absence of the latter.

"Lykke Holm’s novels demonstrates the victory of language over story, the triumph of image over explanation, the halo of poetry over prose. Everyone knows a tall tale, many can relate a story, but few can create as flawless images as this. The novel is, simply put, luminously beautiful literature.”

"…evokes the sense of wandering through an endless park of literature, of echoes and cries. […] The Night That Preceded This Day is about – and concerns – generations of women, living and dead "

“What a debut! So self-evident, so worthy"

“it has a stirring intensity.”

“The Night That Preceded This Day by Johanne Lykke Holm is as piercing as it is insistent in its linguistic accuracy and skillfully conveyed story – cruel, raw, painful and evocative – about the agonizing period between childhood and adulthood.”