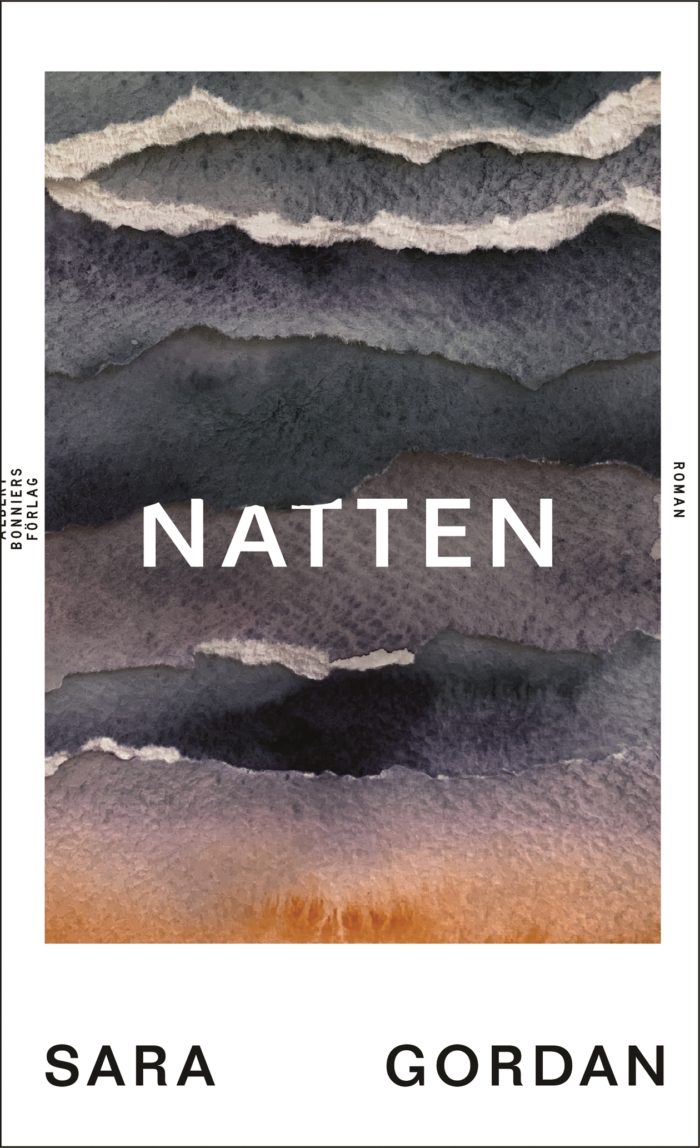 A daughter is missing, a mother is searching. Walking the same streets up and down, back and forth, dialing numbers, digging deep in her mind for names of friends that might know something, anything. A night that doesn’t seems to end, a dawn that never comes. What happens when the child becomes a teenager and no longer accepts the mother’s cares? What is a parent without the parenting?

Life with an illness: when the cutesy “sugar disease” turns into “diabetes” – and a chronic devil weighing on one’s shoulder. The caretaker that becomes the enemy, a gate keeper trying to protect but in the eyes of the teenager takes the shape of a prison guard.

The Night is a complicated love story between mother and daughter, a brushy road between Stockholm and Paris, and finally a reunion on the beaches of Barcelona.

Sara Gordan’s first novel in nine years is written in gleaming prose leaving the reader shuddering in tears. It is a naked and honest depiction of motherhood, and the curse of never giving up on your children. It is a book for everyone that is, or for that matter has, a parent.

OPEN
"Yes, Gordan has written a touching novel that is foremost about the hardest challenge of love: to let go. Because eventually, that is what we have to do. Without freedom there is no love. Love can never be forced, it has to be a choice made in absolute freedom. To be able to express and give love the right way, we have to learn to let go of control. It is easier said than done. In some ways, your whole life is a practice of that art. Gordan depicts this with an sincerity that goes straight to your heart. It is a novel that everyone who ever felt the almost excruciating heat of love run through their chest will be able to identify with."

”It could have turned in to a concoction of theoretical self-heresy and kitchen-sink realistic teenage drama - an inferno of everyday life where the gaping hole in the middle sits to show that essential pieces will forever be missing. But Gordan is far too skilled for that. The writing bears the stamp of the same gaze - free from all illusions - [as Duras]. Unlike Marguerite D, however, Gordan writes with a singular, at times colloquial precision that keeps the ancient struggle between generations both distinct and current. Her account is at once taciturn and loose, the text neither paints a pretty picture nor overly dramatizes a situation that seems as untenable as unsolvable."

"THE NIGHT is a hypnotically gripping story about the anxious mother, 'she who tried to hold everything in her hands'. As a reader who is myself a mother of a teenage daughter the identification is sometimes so great that it’s hard to tell where Gordan’s mother ends and I begin. The story creeps under your skin and remains like a note in your body long after you finish the book. Sara Gordan’s new book is simply a brutally honest novel about what motherhood feels like, in your body as well as in your heart."

"And now for the real important: this is a novel that cuts straight into you, regardless of what prerequisites or experiences you have that might compare. Nothing can be compared, because all is unique, but also in a paradoxical way relatable. This is a brave novel that dares to confront one of the hardest but most powerful thing there is: the love between a parent and a child, a love that conquers all but that therefore also must survive being put to the greatest strain.”

Some novels are both heart wrenching and gut punching. Sara Gordan’s THE NIGHT is one of those novels. In a crystal clear and concise prose, Gordan perfectly captures a mother’s heartbreaking fight for her child. A book this touching and urgent makes for a read that will stay with you for a long time to come. I am certain that Gordan’s THE NIGHT will strike and affect readers everywhere.