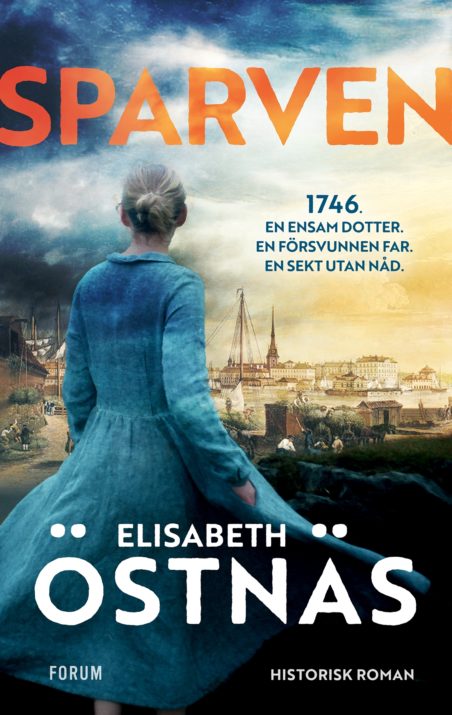 The Sparrow is a gripping, historical novel set in and around 18th century Stockholm. The young woman commonly known as Sparrow, lives in the impoverished quarters of Johannis. Her body is disfigured after a childhood accident. An accident that caused for her mother to leave the family, unable to cope with her daughter’s misfortune.

Sparrow is helping her father, a drunk but kind-hearted grave-digger,in his work to prepare the dead before laying them to rest. He has an unusual ability the read dead bodies and can tell the stories of how they passed away. Sparrow listens and learns.  But something is not right at the Johannis graveyard. Unknown figures, some of them with way too polished shoes to call Johannis their home, are leaving peculiar and horrifying traces. And others, dressed in grey, are more often than not seen around Sparrow.

When her father disappears without a trace, Sparrow begins a desperate search that will take unexpected turns when she finds out that powerful men have been wanting to put an end to his uncomfortable questions. Now, Sparrow is all alone in the world.

She sees light anew when one of the grey-coated turns out to be her deeply missed mother, who offers Sparrow a whole new sense of belonging, a group that welcomes and accepts her. Together they leave the city and arrive at Skevik, a farm on an island completely isolated from everyone else. The charismatic leader, Erik, urges them to live as close to God as they possibly can. His means are however far from accepted by the church.

Sparrow knows that this is when she should be content. She can finally live close to her mother, and without the constant harassment in Johannis due to her misshaped body.  So why isn’t she? Why does her gut keep telling her that something isn’t right, and why does Erik’s gaze give her icing chills?