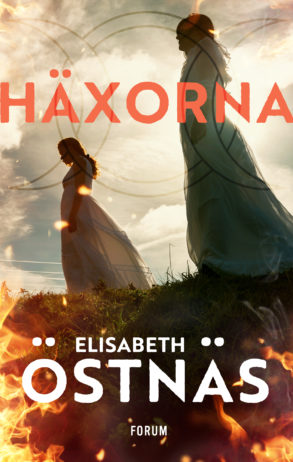 The year is 1710. The small village in the south of Sweden is threatened by famine and the plague is closing in on the villagers. Young Isabella is struggling with her deceased mother’s legacy: a rumored case of witchery. After her passing, the clergy keeps a close eye on the rest of the family. Isabella’s aunt is a known healer, but she herself is instead a firm believer in logic and medicine. However, logic can’t explain what happens during the Midsummer dance, where she has a vision of a man – invisible to everyone else.

When soldiers arrive at the village, that very man is one of them. Suddenly, everything Isabella though she knew is completely overthrown. She understands she has a gift; as dangerous as it is useful. Death and disaster strike the village and the hunt for a scapegoat soon turns into a hunt for the healing women: the witches.

“In this simmering witches’ brew of filth, stench and crudity, Östnäs places an endlessly beautiful and not uncomplicated love story. It is bewildering, cruel and beautiful. /…/ Besides, it is a truly thrilling story, and Östnäs is an amazing storyteller.”

“Not before long the story grabs a hold of me and I am absorbed by a world where hierarchy says who can sit in the church benches and buried strands of hair can protect a village from the death that swoops in over the country … This is historical fiction to devour in a warm bed while cold winds hammer against the windows, and while thanking the goddesses that you’re living in the 21st century.”

”Östnäs is an amazing storyteller and she manages to write details and a feeling throughout the book that is hard to come by. The tone is suggestive and raw, feverish. The reader is disgusted by boils, the plague and filth, all the while Östnäs brings forward a strong love story. A magnificent and powerful read that both touches and terrifies the reader.”