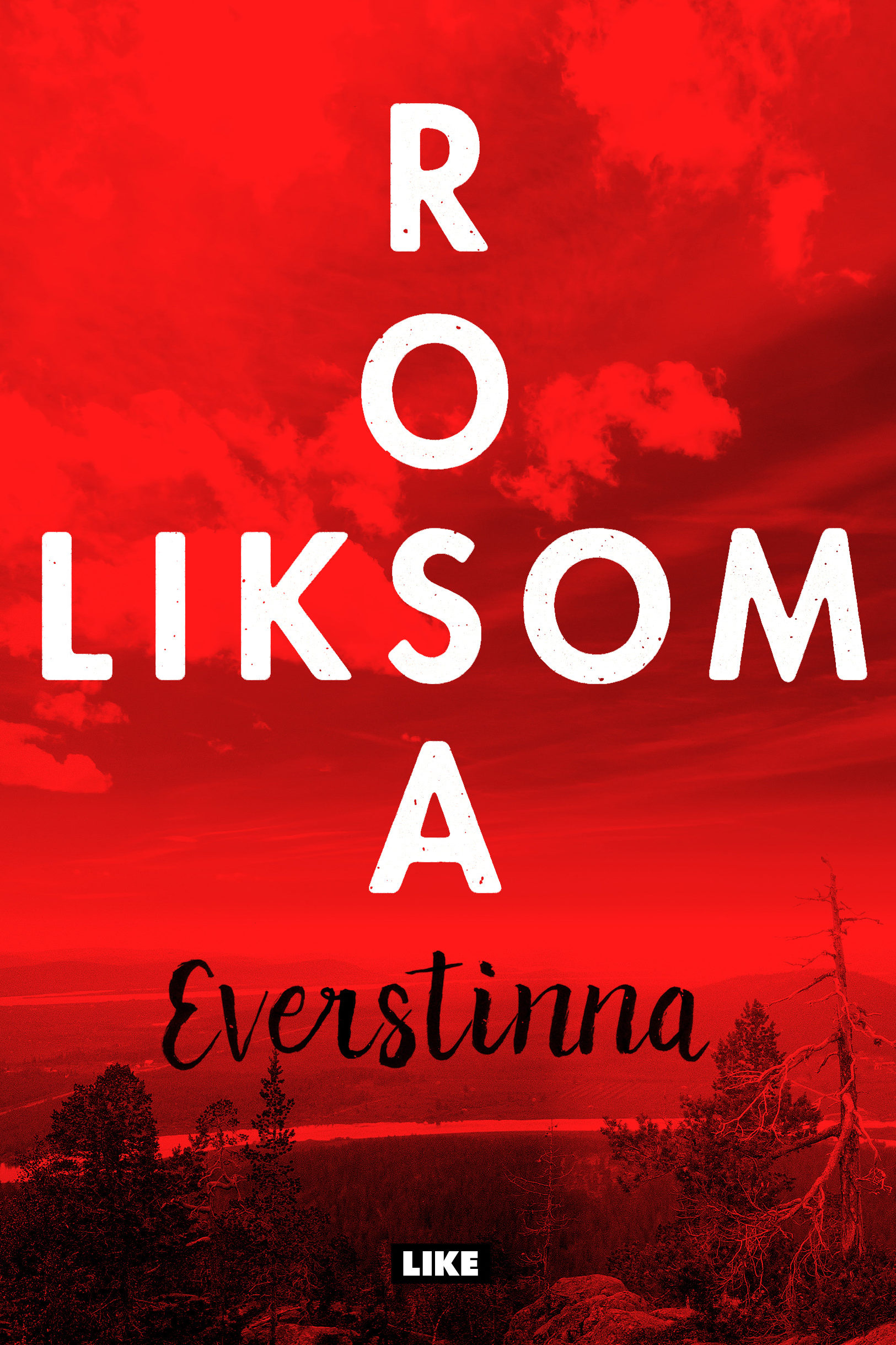 Bestselling Finlandia Award recipient Rosa Liksom, one of Finland’s most beloved authors, returns with the novel The Colonel’s Wife. In addition to glowing reviews and more than 20 000 hardcover copies sold in Finland alone, rights have already been sold to 10 territories.

In a mere 190 pages, Rosa Liksom relates a story encompassing European and Finnish history as well as the powerful passion between a young woman and older man – an affair that develops into a violent and destructive marriage.

It’s the story of a nation preparing for war, squeezed between the Soviet Union and the Third Reich. It’s an account of one woman’s destiny – determined first by her father and then by her husband, from Finnish nationalist daughter to committed Nazi wife. It’s about going through hell and not only surviving, but finding peace in the twilight of life. It’s a novel that tears open old wounds and makes it impossible to escape the stench of history.

“Ms. Liksom is fearlessly good at portraying wicked men in all their moods and disguises. (Her fantastic novel ‘Compartment No. 6’ features a similar, and similarly compelling, figure.). . . . the novel is strongest when it’s most direct about why people engage in evil: Because they enjoy it.”

“All the more thought-provoking and heart-rending in our current strained sociopolitical moment.”

“The novel moves with a sprightly pace, and the rough Northern landscape is beautifully depicted. . . . Liksom's tale is a brilliantly drawn metaphor.”

"The history of Finland through the eyes of an ex-nazi, now elderly woman’s eyes. Painful, thought provoking and brutal in its language."

"No one has ever told the 1900’s in Finland the way Rosa Liksom does it. Disrespectful, impudently and with an absurdly macabre humour."

"It is impossible to talk about Rosa Liksom’s books without mentioning her language. And it is not only because the straightforward and colorful prose is one of its greatest qualities, but also because the linguistics itself inhabits an attitude towards life, a strategy for survival in a coarse and brutal reality.

Like the raft that carries the protagonist over dark waters, Rosa Liksom’s precise wordings carries the reader over the abysmal depths of mankind."

"The idea for the book was birthed when she considered the fact that nazis and alt-right activists once again march the streets all over the world. What might still be alluring in those hostile ideologies?

Rosa Liksom is known for her drastic humor and language, and that shines through in this novel as well, alongside the depictions of wrongdoings. But there is also a protruding poetic touch, especially apparent in the loving depictions of the nature in the Finnish Laplands."

"What is this? A love story? An absurdism, a picaresque with such a foul mouth that anyone who is somewhat of a prude should chose other means of entertainment rather than this short novel of 175 pages. But still - so full of wordings that draws blood from the reader in-between caressing them as tender as only honeymooners can!

The sun, the heat, the mosquitos, the birds return lawfully to the deserted land despite the ever present violence, and historically important people and events fall into the novel as easy as sprinkles on a cake. The text does not seek the truth about time and space, but perhaps a possible truth about the vulnerability of the individual in what we call life."

"Through the old colonel’s wife’s last monologue or inner stream-of-conscience, Rosa Liksom portrays the history of war, the allies of Germany, the fear of the communists, the antisemitism, the fawners, the adjustments after the war. 'That’s how I’ve always said it', says the colonel’s wife in the end. 'The joy of the past life is that it never comes back again.'

[Liksom] has written this novel in meänkieli, and with a prose as sweaty and dirty as war itself. It is horrifying from time to time, but you have no choice but to stick it through and read. And sometimes cool down in the marches of the wasteland."

"The Colonel’s Wife is a story about incomprehensible love and submission. About fascistic instincts that reach full bloom, and about a frightening ability for adaption, both politically and privately. It is also a glimpse into a delight in wilderness, which transforms the moors and tundra of northern Finland into a realm of sensual adventure. Spun into a tight story about Finland’s catch 22 between Bolsheviks and Nazis in the first half of the 20th century, the result is a formidable literary feat. […] Conveyed in Rosa Liksom’s at once atmospheric and razor-sharp language, it is an alarmingly good read."

"The novel centers its marital drama in an exploration of Finland’s violent early 20th century history. These two narrative devices work excellently, and create an outstanding, short and concentrated novel."

"A Five-star novel. [...] Stories of relationship hell are nothing new, but The Colonel's Wife isn't just about marriage. It's an attempt to understand the historic period from whence the colonel's wife's blind love, and the colonel's sick love, draws its strength and destructiveness.

In The Colonel's Wife, Liksom examines the rise of fascism in Finland and Europe in the early 20th century, the coming of war, and the Finnish Whites' fierce belief in Nazi Germany and its alliance with Finland, at an individual level."

"As a contrast to the horrors, Liksom’s language blooms more beautiful than ever."

"Liksom pulls in the reader with her unique style. There is no other like her. She answers well to her own statement, that literature is not only supposed to entertain but to deal with the basic questions of humanity."

“An astonishingly fearless, bold, and visceral exploration of the heart and life of a woman on the wrong side of history who unfolds her conflicted soul to us page by magnetic page. Like Roberto Bolaño's By Night in Chile, The Colonel's Wife takes us where we don't think we want to go, and asks us questions we can't easily answer about nationalism, power, sex, and violence. A tour de force.” 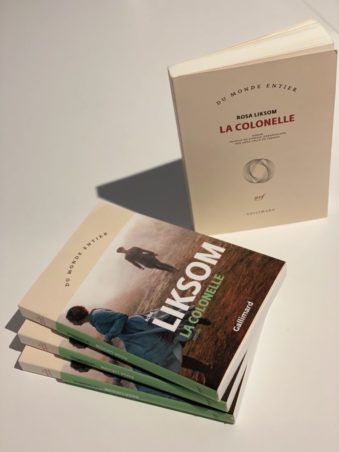 The French edition of Rosa Liksom’s The Colonels wife has arrived. Such a beautiful book. Merci, Gallimard! 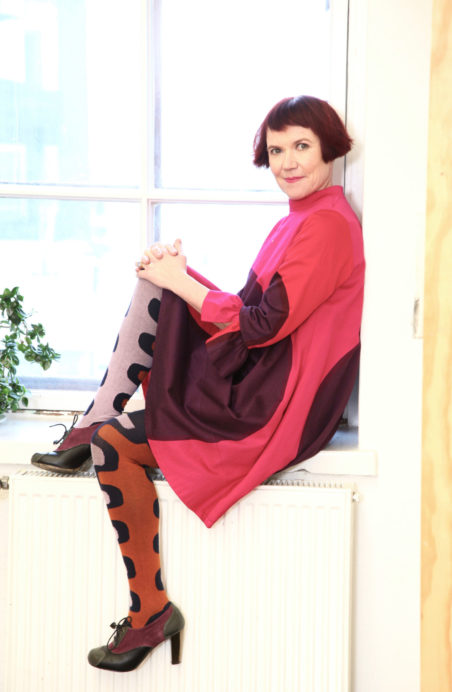 The Swedish Academy’s Nordic Prize 2020 is awarded to Rosa Liksom. The award goes to someone from the Nordic countries with a significant accomplishment in one of the Academy’s fields of interest or activity. Recent prize winners have included Monika Fagerholm (2016), Dag Solstad (2017), Agneta Pleijel (2018) and Karl Ove...

Rosa Liksom's The Colonel's Wife (Everstinna) is one of eight titles on the shortlist for 2018's Runeberg Prize. The prize is named in honour of Finnish national poet Johan Ludvig Runeberg (1804-1877) and is awarded annually on his birthday, 5 February. The Runeberg prize is currently endowed with 10,000 euros. The Colonel's...