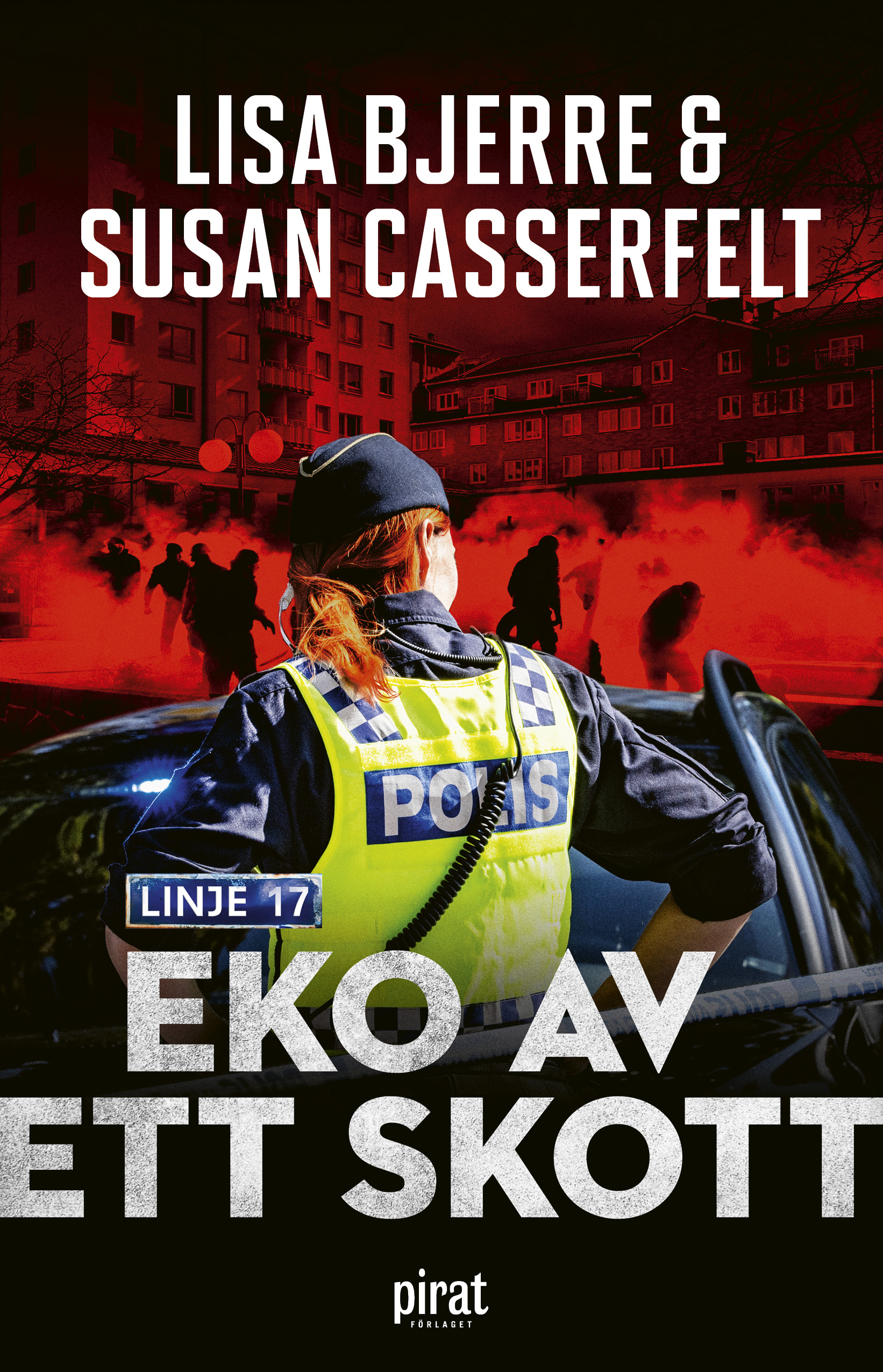 Echo of a Gun Shot

Police assistant Lina Kruse responds to a call where everything goes wrong. A shot goes off and a person dies. It soonbecomes clear that nothing is as it seems. A dangerous game is exposed, but who is behind it?

The shooting sends a shockwave of anger through the city. Protests against police violence flare up and counter-demonstrators form a Citizens’ Guard. How many will die before the spiral of violence comes to an end?

While Jack Karlberg is finally able to devote his police career to fighting criminal gangs, his game of deception is eatingaway at his family life. Will he once again cave to the motorcycle gang, or can he summon the courage to risk everything?

Echo of a Gun Shot is a crime novel about vulnerability and inequality in a hardening society. It is the second installment in the Line 17 series, in which we follow police officers Lina Kruse and Jack Karlberg in their fight against organized crime in the Stockholm suburb of Bagarmossen.

“This is an exciting story set in today’s hardening society, with growing class divisions and strong characters who are constantly struggling with moral dilemmas. A great suspense read!” Kapprakt   “I already dare to predict that the [Line 17] series will become a classic of Swedish crime fiction.” Upsala Nya Tidning   “When I closed the covers, it was with the feeling, ‘hot damn what a book!’ ... I would like to say so much more about this book, how amazing I think it is in many ways, but I can’t articulate it in a concrete way. So I’ll just say: Lisa and Susan, you started out strong and only got better! Many thanks for letting me read!” @boksann   “A really good sequel and I’m already waiting for the third installment on policemen and life in Bagarmossen. I highly recommend this book. It feels credible. And what luck with the timing. One would think that it was written after the [2022] Easter riots. But that isn’t possible. Sometimes reality surpasses fiction. Incredibly so.” @bokhylla61   “Bjerre & Casserfelt write so realistically and up-to-date that you feel as if you are part of the action. I will eagerly accompany the next police call along Line 17!” @boknjutaren   “Wow, what a sequel in the series about Line 17 and the suburb of Bagarmossen! Suspenseful and realistic with a fantastic cast of interesting characters. ... I just love reading about Lina and Jack and everything that happens in their lives, and now I’m just waiting for the next installment!” @helenasdeckartips