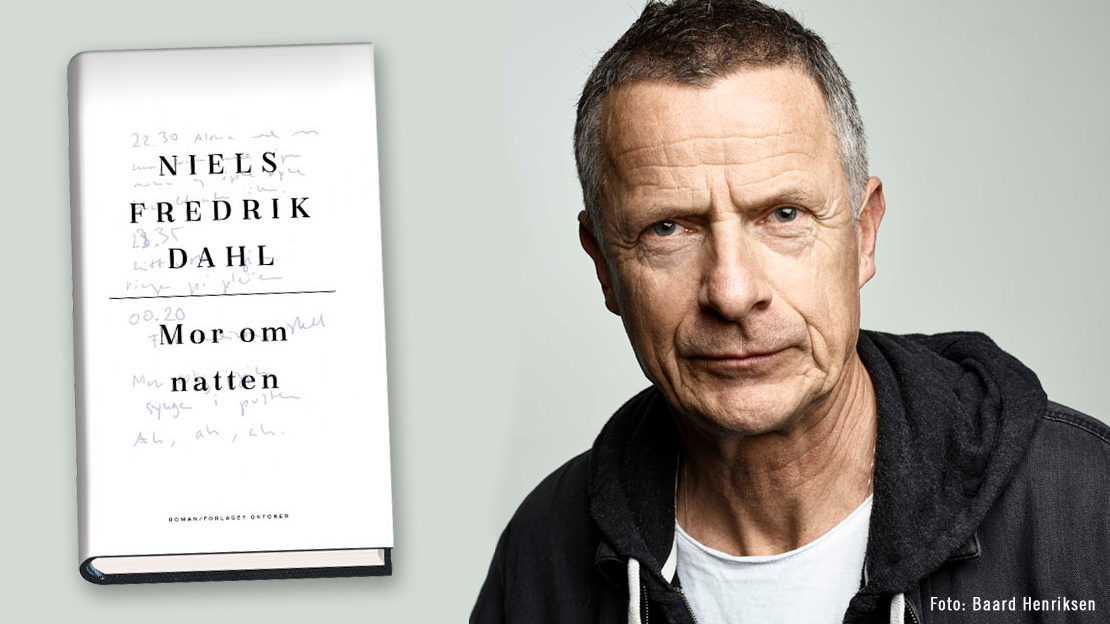 Niels Fredrik Dahls latest novel (the first in eight years), just published in Norway, has been met with unanimously praising words by Norwegian press. As one critic puts it ”Mother by Night is a novel that leaves the reader sitting at the kitchen table all morning, breakfast untouched. All the way until the conclusion.” This week rights have been sold to Natur & Kultur, Sweden and Gyldendal, Denmark.

Examples of quotes from the press:

“Wise and moving … Niels Fredrik Dahl has written a raw yet beautiful story about an author and his mother … Whether the journal entries and other events are authentic or not is irrelevant; Dahl makes one believe it, and the mother’s despairing text becomes a trembling red thread throughout the book … Dahl is at his best when relating the inner struggle of the main character. Alcoholism, writer’s block and infidelity are portrayed in an unadorned, raw and painful style … clear, powerful and distinctive prose”

“Mother by Night may very well be Niels Fredrik Dahl’s strongest novel to date … Increasingly often, novels take us into to the very core of relationships, whether pure fiction or on the semi-biographical field. A reader may think that there must soon hardly exist more takes on the subject. Then along comes Niels Fredrik Dahl and makes it gleam as if it was utterly new … The low-key sentences are ostensibly simple and can contain compassionate insight, contempt and despair all at the same time, but also great love – some of them so beautiful that the reader must pause for a moment before carrying on reading … Mother by Night is a novel that leaves the reader sitting at the kitchen table all morning, breakfast untouched. All the way until the conclusion.”

“A fragile son, a melancholy mother, an urge for intoxication. A relationship. In his first novel in eight years, Niels Fredrik Dahl writes musically about the nocturnal sides of mankind … Dahl writes sorely and openly, and at the same time with distinct finesse, about the relationship’s ambivalence. About all that which could never be expressed when the mother was alive … It tears at the heart. The patterns he perceives, yet is incapable of changing … The nuances of it, the games, the communication. The great loneliness that envelopes people. Including those who should be close. Particularly those who should be close … It is easy to read Mother by Night as an autobiography, and shroud it in so called reality. But it is not a novel that needs it.

“In Niels Fredrik Dahl’s stirring novel, only death is capable of repairing broken love … The intimate exposition is nonetheless tenderly treated; the substance distilled into sensitive literature. It is love, not hate and aggression, that makes this account possible … It is eight years since Dahl published his last novel … With Mother by Night he once again proves that he belongs among the authors one should read”