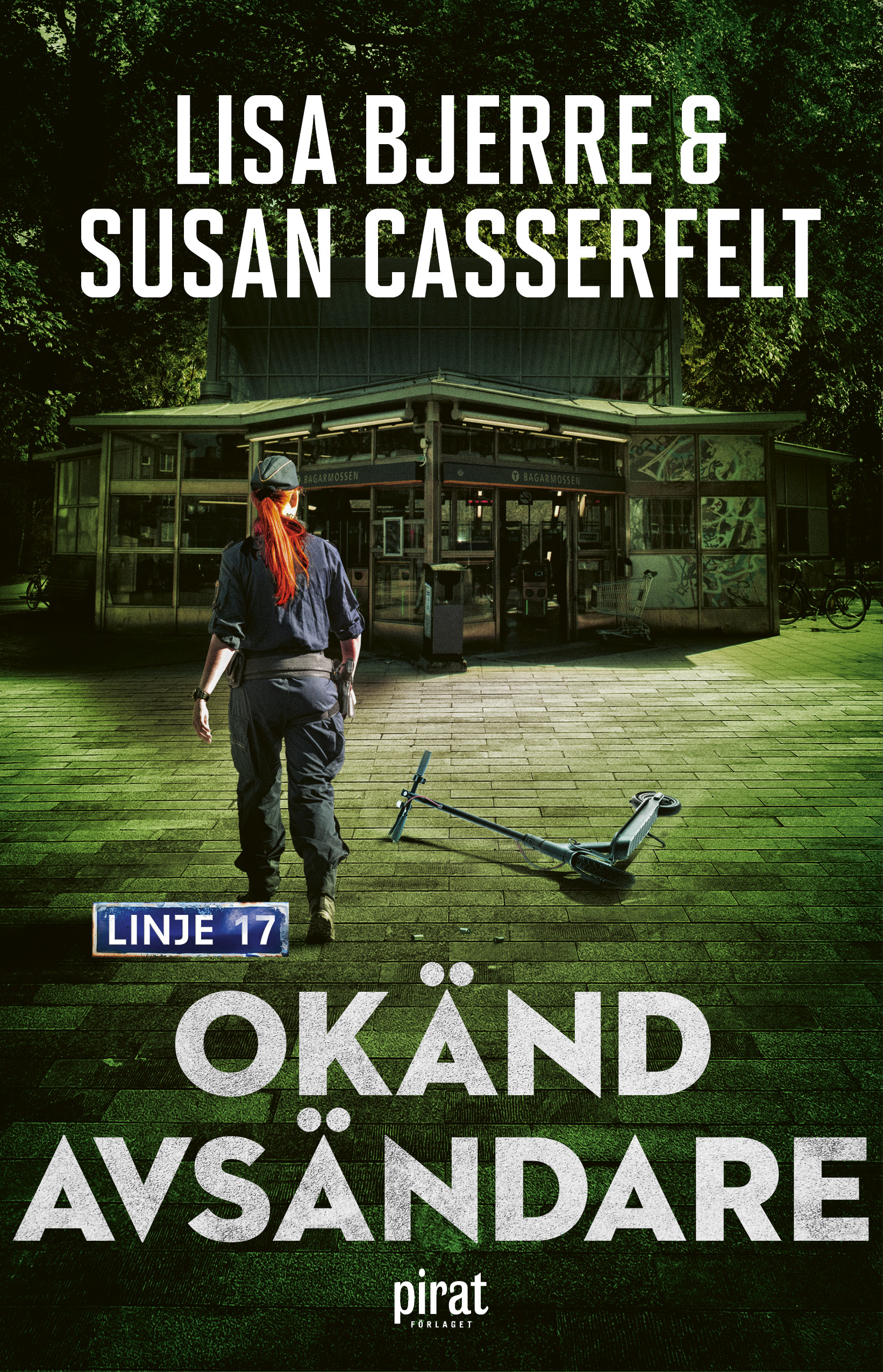 An out of date journalist is brutally murdered in southern Stockholm. After several years living on donations, it seems like the speculative writing he has been doing has caught up on him. When police officer Jack Karlberg investigates the case the trace leads to criminal organizations making him question if this murder is an action of revenge or did the victim need to be silenced?

Colleague Lina Kruse tries to unravel a tangle of fraud that affects Bagarmossen’s most fragile elderly who, after a lifetime of hard work, are deprived on their life savings. She gets unexpected help from the newspaper reporter Malle, and the clues lead them into a terrifying world where greed knows no boundaries.

Unknown Sender is a criminal novel about crimes that targets society’s most vulnerable individuals. It is the third installment in the Line 17-series where we get to follow the daily life of police officers Lina Kruse and Jack Karlberg in the suburb Bagarmossen.

“This is a novel that stands strong in the extensive range of detective stories and it is continuously engaging and exciting.”

Lisa Bjerre and Susan Casserfelt's upcoming Unknown Sender was recently pre-reviewed by BTJ and was credited for its environmental depictions as well as the appealing writing. Here is a selection of review quotes: ”Bjerre & Casserfelt writing is both rapid and skillful and results in easy flowing prose.”  “The characters...