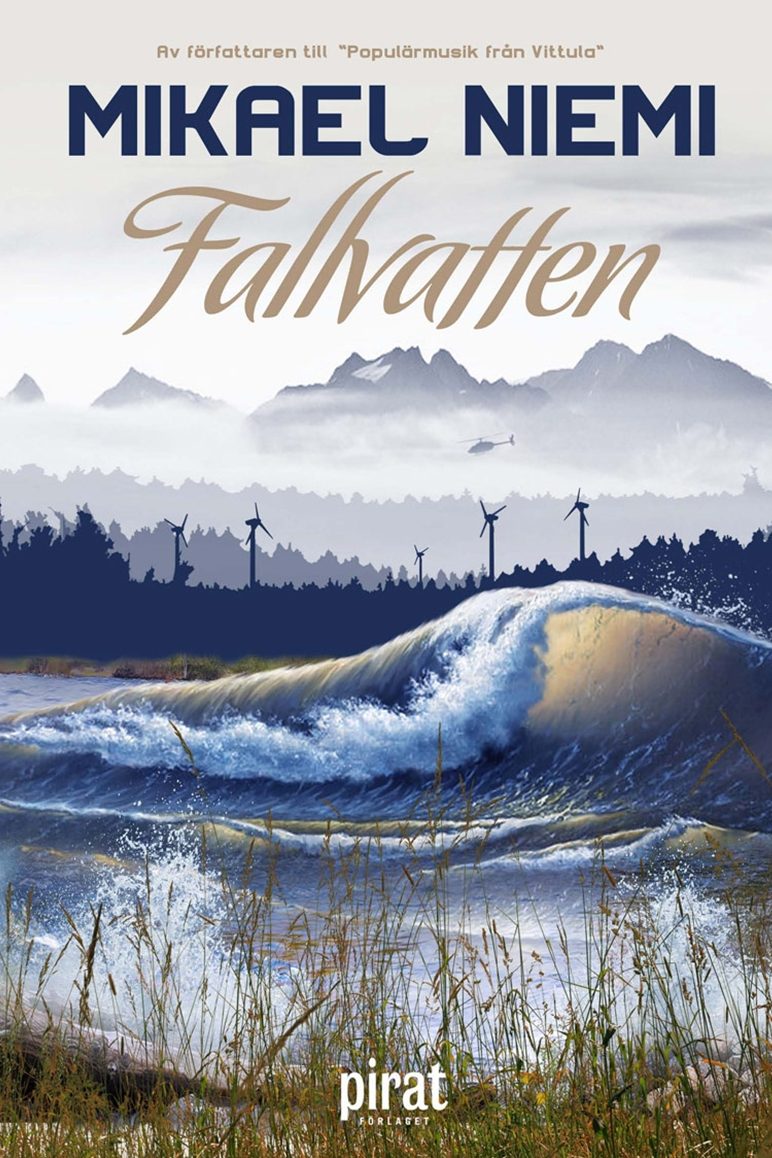 It is an unusually rainy autumn up in the very north of Sweden. The region is a vast area of pure wilderness with majestic rivers, impressive dam constructions supply water reserves for power stations. But now the rains have made water levels rise everywhere.

Nevertheless, the catastrophe is totally unexpected: when the first dam has broken, the enormous mass of released water cascades down with apocalyptic force.
This is nothing less than an inland tsunami with millions and millions of gallons of water gushing forth in a huge wave, breaking the next dams in turn, destroying the lakes and flooding the whole area.
Mikael Niemi’s dramatic story reads like a psychological action thriller, focusing on a group of people and how they are affected by the disaster: are our reactions in an emergency ever predictable?
The drama probes those who struggle against the odds and those who use the situation to take advantage of defenceless victims. Why one opts to shelve a plan to end his life that very day, and instead tries to save those who have hurt him so much previously.
How long does it take us to decide to give up cherished earthly possessions and just try to save our lives? Where and how do we find the strength to fight our way to save a child – against all odds?
Building up a breathless suspense Mikael Niemi brings us very close to his characters – exposing them mercilessly, yet with a humorous eye reconciling us with them.

“Hold on tight because this is a wild ride! And you won’t put the book down until the last page.”

“Intelligently done and also filled with touching humour ... it was a real pleasure to partake of it. Untrammelled imagination reigns here and one is defenceless against the writer’s whirling inspiration.”

“Fallvatten has a captivating energy. This is absolutely the very same Mikael Niemi who seduced readers and critics alike with Populärmusik från Vittula, the novel for which he was awarded the August Prize in 2000.”

“The ‘Oh-my-God-moments’ are not just plentiful but also as unrelenting as one could ever ask of a good disaster flick ... The theme of Nature’s revenge is handled with bravura.”