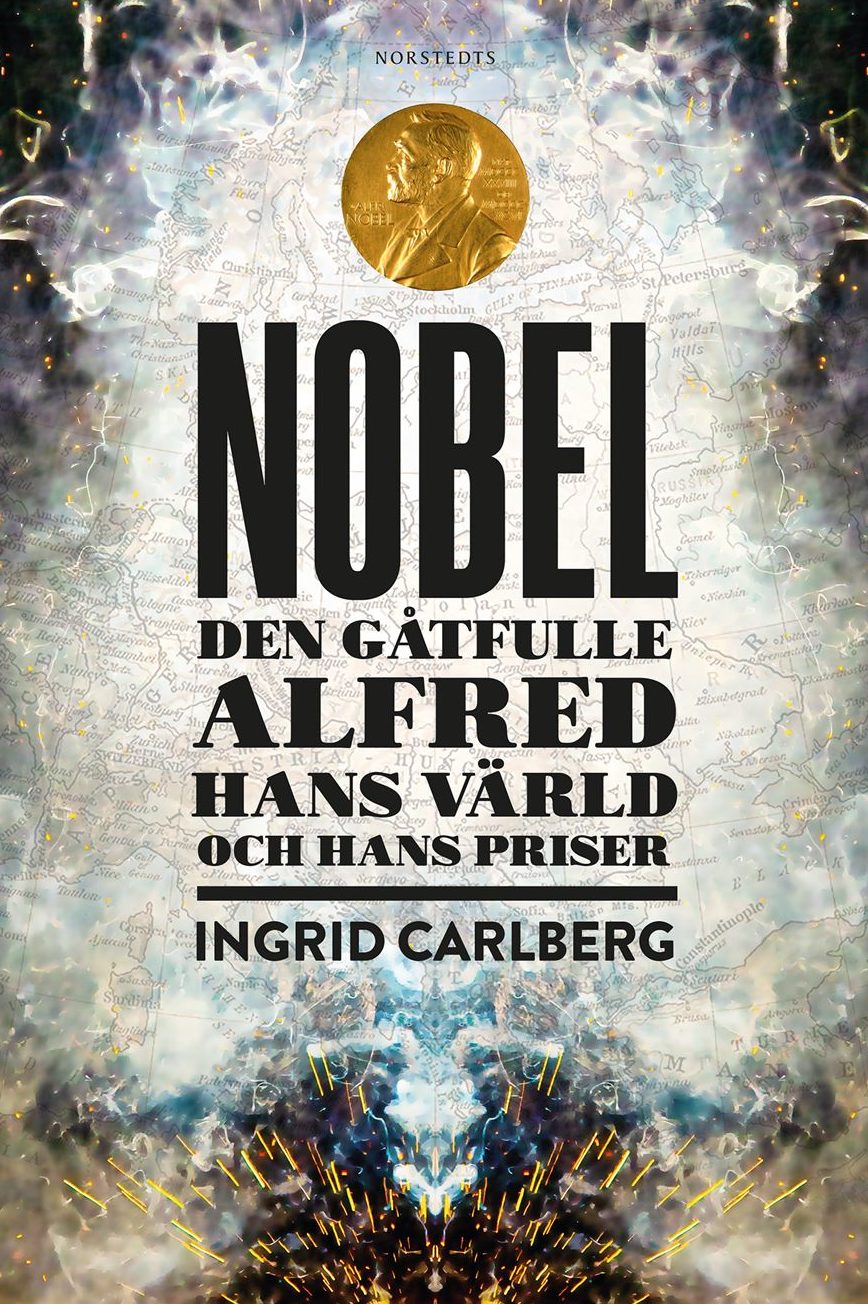 Award-winning author and journalist Ingrid Carlberg tells the astonishing and unlikely story of the man behind the most esteemed prize in the world: Alfred Nobel. A man who got rich on war, wrote poetry in secret, and dreamed of peace on earth.

In broad strokes as well as delicate detail, Carlberg portrays Alfred Nobel’s life and times. It is a vivid narrative that follows Alfred from a destitute childhood in Stockholm, through family conflicts, romantic defeats, successes and betrayals all across nineteenth century Europe, to his death in San Remo – and beyond. Carlberg illuminates the scientific, literary and political contexts of his eventful and dramatic life, relating it to the categories he selected for his prizes.

What life experiences instilled the desire to bequeath his fortune to future research? What were the circumstances he hoped to change with his shocking testament?

Ingrid Carlberg’s writing combines the rigor of scientific research with the presence and nerve of narrative journalism. The book is based on a number of previously unknown sources: Carlberg has sifted through archives in five different countries and pored over thousands of private letters. It is an undertaking never previously attempted. Thus, Nobel: The Enigmatic Alfred is the first in-depth account of the origins of the Nobel Prize.

“Who was the man behind the biggest prize in the world? This fascinating and poignant biography of Alfred Nobel paints the picture of a brilliant but lonely genius who did not make time for his social life.”

"Ingrid Carlberg has done an impressive deep dive into archives that were previously inaccessible, and written a magnificent book about a fascinating man and his era."

"A biography about a person like [Nobel] could never be boring, and when it furthermore grows into a fascinating and thorough portrayal of the entire century, the result is even more stunning … In all, this is an important work, a book to be impressed by ... This is how serious science and/or investigative journalism can – indeed should – be combined with a popular science approach. As digital technology opens up new avenues for archival research, it is sure to pave the way for additional Nobel books in the bookstores in the not too distant future. But no author will be able to approach the subject without paying the utmost attention and respect to Carlberg’s work."

"Nobel contains many insights for those who want to consider the origins of the most fun week in science: when the recipients are announced and Christmas comes early for the science journalists. Alfred Nobel must rejoice in his heaven when he sees how the prize has come to symbolize the very best of our civilization’s achievements. Ingrid Carlberg has done an impressive job of capturing him and his thoughts in a formidable book."

"Ingrid Carlberg has dug deep in the recently available sources, as well as in other Swedish and international collections, to put together the first independent story about [Nobel] and the background of the Nobel Prize. It is probably also the ultimate or complete [story]. Turning over additional stones would require a time machine. ... In essence, this is an elegant victory of craft, written with an energy that is matched only by the protagonist himself. At last Nobel has gotten his book. ... A brilliantly well-written, exciting and wide-ranging biography"

"In Ingrid Carlberg's biography the erstwhile image of Alfred Nobel gets new, sharper contours and the blank spots in his life are filled with color and substance."

“Nobel is one of those majestic and iconic 19th century figures, like a Humboldt or a Pasteur. And what I really like is how this book is his story but at the same time a very European, international story of that time and age. I wouldn’t mind it finding as many readers as Andrea Wulf’s The Invention of Nature!”

“While the Nobel Prize is world-renowned, few know the man behind the prize, Alfred Nobel. But so does Ingrid Carlberg, who has accessed previously closed archives in several countries. With finesse she places Alfred Nobel in nuanced social and political contexts, and grants him both life and desire in a biography brimming with new information and erudition, about a man who changed the world.” 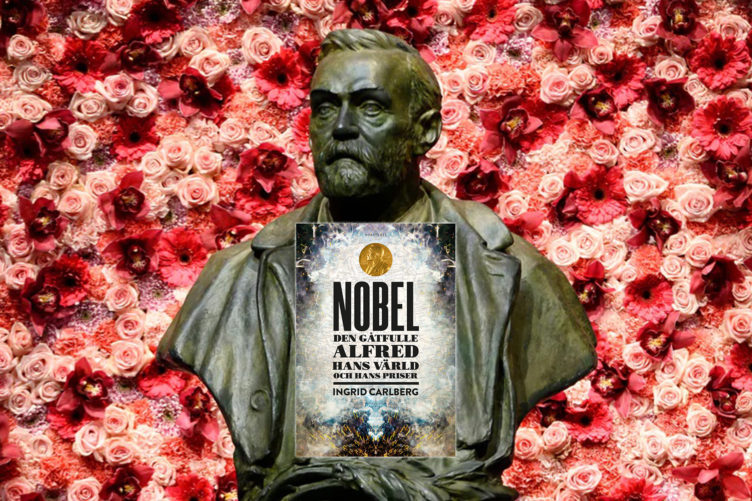 Today is the Nobel prize day!

In April, 2021, a full English translation will be available of Ingrid Carlberg’s amazing biography: Nobel, the enigmatic Alfred! 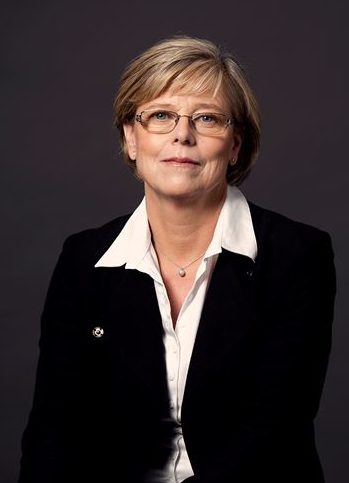 Ingrid Carlberg elected to the Swedish Academy, chair no 5

Author and journalist Ingrid Carlberg, proudly represented by Hedlund Agency, has been elected to the Swedish Academy. “I am a bit overwhelmed and feel very happy and enthusiastic about the task ahead of me”, said Carlberg.  Regarding the recent crisis at the Academy, Ingrid Carlberg said that she would never have...

The first review of the Dutch edition of Nobel (published by De Bezige Bij) is just in: "Who was the man behind the biggest prize in the world? This fascinating and poignant biography of Alfred Nobel paints the picture of a brilliant but lonely genius who did not make time...

GREAT NEWS! Ingrid Carlberg receives the Axel Hirsch´s price from The Swedish Academy for her fantastic biography NOBEL: THE ENIGMATIC ALFRED.The prize is to be awarded the author of "a life drawing of high artistic and cultural historical value or a significant historical work published in the last two years"... 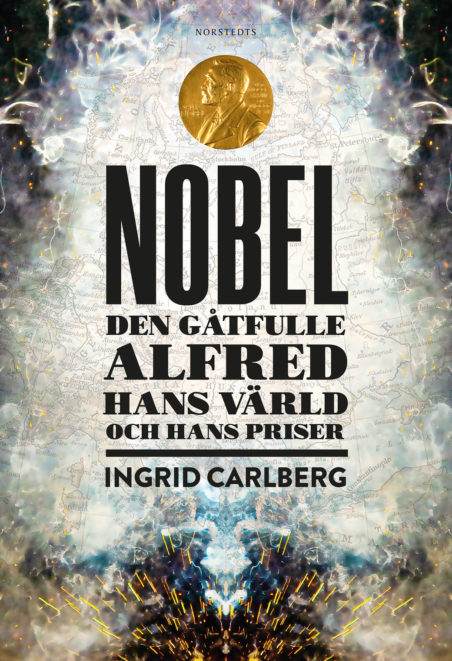 Ingrid Carlberg’s NOBEL was the 19th best selling non-fiction book of 2019! This effort is even more remarkable since the title was published in late September. Well done @norstedts_forlag !

We say congratulations to Ingrid Carlberg as her new book 'Nobel: The enigmatic Alfred' is one of the non-fiction nominies for the August prize 2019!

Haye Koningsveld, Editor in Chief, Non-fiction at De Bezige Bij: “Nobel is one of those majestic and iconic 19th century figures, like a Humboldt or a Pasteur. And what I really like is how this book is his story but at the same time a very European, international story of...