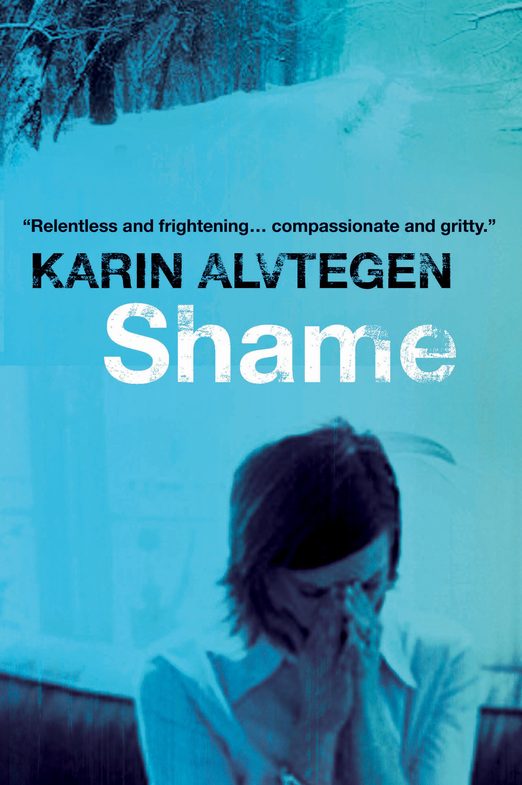 An existential thriller about the power of fear and the brains capability to repress things that is to painful to remember. About the fatal consequences when a girl brought up in a rigorous religious home is forced to deny her sexuality. And about the biggest shame of all: The feeling of not having been loved by one’s parents.

"When I read Karin Alvtegen I always think of Minette Walters, which works to Alvtegen's advantage. No series of novels with a fixed cast and scenery. She boldly throws herself into unknown waters each time and succeeds surprisingly well. Translated into 23 languages, receiver of the Glass Key, nominated for the Poloni Award and now getting filmed. The latest book sold in 200.000 copies. Truly, she can be called a Crime Queen."
"This is a suspense novel without murder, but how does that matter when it's Alvtegen who holds the pen."

"She is great at portraying people, Karin Alvtegen, I'd like to say. So I say it again: Karin Alvtegen is probably one of the best novelists of our time. Her account of society cuts through a modern Sweden where the working people suffer from the emptiness of their lives while the people society has discarded yearns as if buried alive within their lonely apartments. /---/ Congratulations! Long live the new Crime Novel."

"Entertainment of highest quality" "The accidents pile up; the tension is winded up, the unavoidable disaster approaches and detonates like a bomb. But it is full of surprises and unexpected elements. Here is warmth, an atmosphere and a language clear as water. And a faith in the readers' ability to draw their own conclusions about the characters based on pieces of puzzle from their lives. Malevolence and compassion, strength and despair can be found in all of them."
"Exactly like this the flavour of an entertainment novel of the best quality supposed to be!"

"One of Sweden's best authors is back. Around the forbidden feeling of shame, she builds the story and weaves the destinies of the characters together, making it more thrilling than the most spine-tingling Crime Novel. A necessity as the autumn darkness falls!"

"Here we can find the strength of Alvtegen: the ordinary days of the odd and lonely, and the twisted view they have of themselves and the world and which compel their decisions. Believably she describes the lives of people, making the reader understand their fears and logic. It is impressive and plausible and as a reader you gasp for breath, hurt and worry with those afflicted with weakness -and here, nothing is predictable."

Turkish sold to CAN

US rights sold to Felony&Mayhem