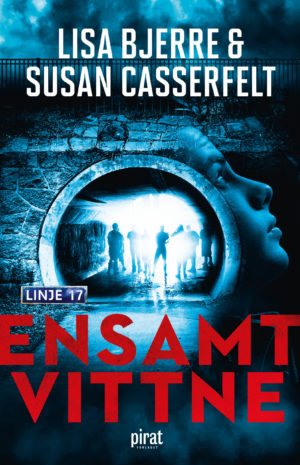 Sole Witness opens up to a gang war, where an escalating weaponized fight is ongoing between rivaling gangs on drug territories and the power over the suburbs. 13-year-old Eddie is the younger brother of one of the gang leaders, and witnesses his brother’s girlfriend being shot to death. He is the sole witness, and is now torn between the loyalty towards his brother and the gang, and his urge to do the right thing – and end the drug war.
Police officers Lina and Jack have to balance their own complicated personal lives with the intense investigation. In the end, it’s a matter of truth and honor for everyone involved.
Sole Witness is the first installment in a series of five books, all taking place along Stockholm subway Line 17. It’s a Swedish The Wire, with high emotional intelligence.

Lisa Bjerre is a journalist and freelancer for several magazines. Susan Casserfelt is the author of Höga Kusten, a series that has been streamed over 250 000 times. Line 17 is their first mutual project.

OPEN
”SOLE WITNESS is the first book in a series about policemen Lina Kruse and Jack Karlberg. They each have a troubled private life; Jack with great ambitions and equally great debts, Lina with a self-absorbed mother and a miserable love life. But the book is good. Realistic in its own way, and thrilling. Especially the portrait of Eddie, a kind and promising young boy who seems to not stand a chance against a city controlled by criminal gangs and tough crimes.”
Grade: 5 out of 6. 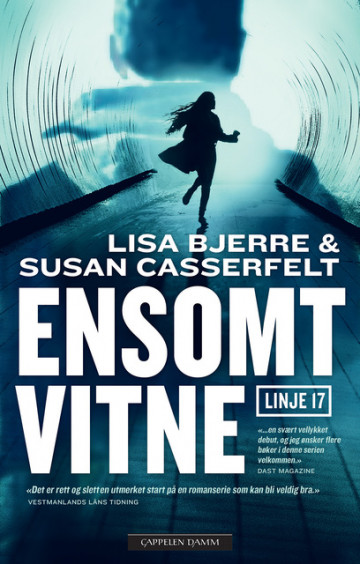 Sole Witness by Lisa Bjerre and Susan Casserfelt got some fantastic attention in Norway – just in time for the second installment of the Line 17 in Sweden that will be released this week! ”Mandatrory reading for those who love crime! If you ask me the authors deserve Glassnøkkelen – the award for...

A 5 star-review for Sole Witness

Susan Casserfelt and Lisa Bjerre's Sole Witness recently received a beautiful review in Jyllands-posten: "While policemen Lina, a 30-year-old single with a longing for a steady partner, and Jack, ten years her senior with a stressful and messy private life in the form of a cancer-stricken wife and money problems,...

The first installment of Line 17 - Sole Witness - is now available in all formats, on all platforms! Picture from the sunny and covid-safe signing yesterday. 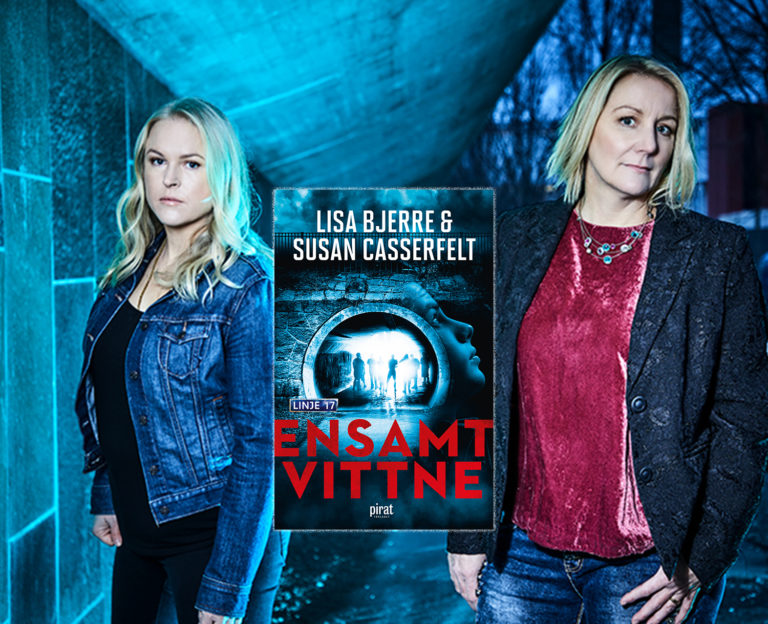 All neighboring countries are on joining the Line 17 success!

Cappelen Damm in Norway, Modtryk in Denmark, and now Johnny Kniga in Finland has all bought three books in the series pitched as a Swedish The Wire with fresh perspectives and phenomenal characters. Part one, Sole Witness, will be published by Piratförlaget in June.